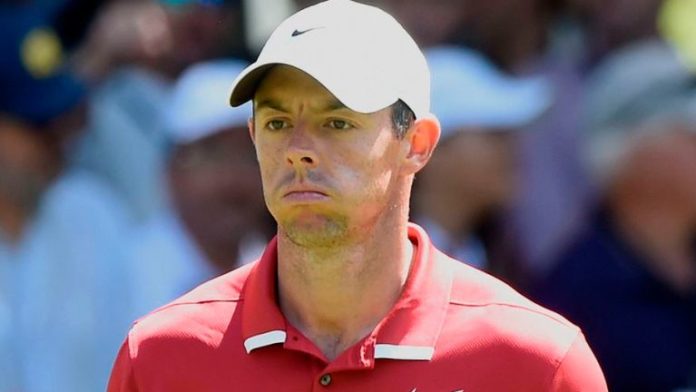 Rory McIlroy believes his patience was rewarded after recovering from a slow start to keep himself in contention at the WGC-Mexico Championship.

McIlroy birdied three of his last five holes to post a two-under 69 at Club de Golf Chapultepec, lifting him to eight under and within three strokes of halfway leader Bryson DeChambeau.

The world No 1 struggled to replicate his opening-round 66 as he opened with eight pars and missed a number of birdie opportunities around the turn, before stopping the run by holing a 20-footer at the 12th.

McIlroy then recovered from a three-putt bogey from 10 feet at the 13th to make a close-range birdie at next and drained efforts from 15 feet and 25 feet over successive holes from the 16th to close the gap on DeChambeau.

“I was going to say I didn’t putt as well as I did yesterday,” McIlroy said. “I holed a couple of nice ones at the end, played the par-five’s even-par today from three really good tee shots.

“I need to clean that up a little bit, be a little tidier from inside four or five feet, and if I do that and if this is the worst round out of the way, then it’s not bad. It was a very slow start.

“I made eight pars in a row and then it’s like, ‘okay, you’re either going to make a birdie or a bogey, what’s going to come first’, and I ended up making a bogey on nine.

Report and highlights from the second round of the WGC-Mexico Championship.

“At that point, I was a few shots behind, but I just stayed patient and try to bide my time and made a couple of nice putts coming in. I guess my patience was rewarded a little bit.”

DeChambeau moved ahead after posting seven birdies in an eight-hole stretch around the turn on his way to a second-round 63, holing a string of long-range putts to move top of the leaderboard.

“I feel like this week I’m seeing the greens really, really well, seeing how they’re breaking, how it’s going to go in, what speed I need, and it’s just one of those things where this week they’re going in.

“I’m going to hopefully keep them going in just because of what I’ve been doing on the greens, practising my speed, working diligently on that and practising my starting lines. That’s really all you can do out here.”

Watch the WGC-Mexico Championship throughout the week live on Sky Sports. Live coverage continues on Saturday from 5pm on Sky Sports Golf.