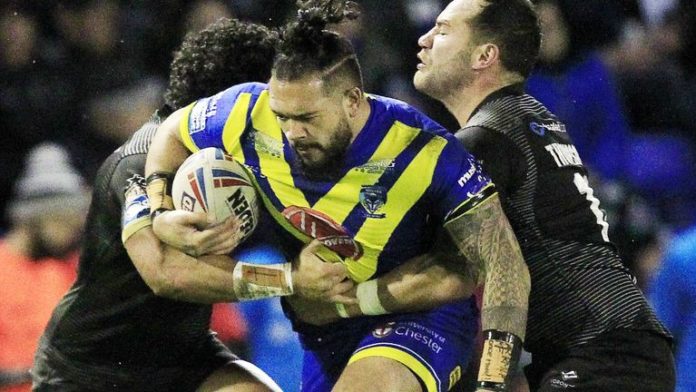 Toronto are still awaiting their first Betfred Super League victory after falling to a 32-22 defeat in a hard-fought clash at Warrington.

The Wolfpack had marquee signing Sonny Bill Williams back in the starting line-up after attending the birth of his fourth child last week but his battling side remain winless after four rounds.

The hosts eased into a 16-0 lead after 30 minutes when Josh Charnley, Gareth Widdop and Tom Lineham all crossed but the Canadian outfit hit back with two first-half tries.

Jon Wilkin, in his 19th season of an illustrious career, and Andy Ackers crossed either side of a Matty Ashton score for Warrington to leave Toronto trailing by 10 points at the break.

Toronto winger Matty Russell started the second-half scoring to cut the lead to 22-16 and the visitors were level with 24 minutes remaining when Gareth O’Brien strolled under the posts.

However, two Stefan Ratchford penalties and a late Ben Murdoch-Masila try proved enough as Warrington scraped to their second victory of the campaign.

The Wire enjoyed the early territory and made the breakthrough in the seventh minute when Charnley walked into the right corner to touch down.

And the Wolves immediately extended their advantage from the restart when another blindside move saw Lineham play in Widdop to score his first try for the club.

Tony Gigot came on for his Toronto debut in the 15th minute and injected an instant spark for his new club as Bodene Thompson powered his way over the whitewash, only to spill the ball in the act of scoring.

A knock-on halted Josh McCrone from scoring for Toronto and the hosts made them pay for their profligacy.

A neat left-edge move sent Lineham free and he sprinted clear from the halfway line to cross for his 150th career try.

Charnley then produced a terrific try-saving tackle on former Wolves man Russell to keep Toronto at bay, but they only remained scoreless until the 32nd minute.

The Canadian side finally got on the scoreboard when the evergreen Wilkin, who bizarrely was ruled out for a month before kick-off only to start the match, reduced the deficit to 16-6.

Ashton, who was restored at full-back, used his speed to find another gap in the Wolfpack defence to ease Warrington further clear again but Toronto were gifted a try through Ackers which gave them hope as they trailed 22-12 at the break.

The visitors continued their momentum into the second half after pinning Warrington into their own half, with Russell touching down in the corner to trail by six points.

Ashton went off with a hamstring injury and Toronto compounded Warrington’s misery when McCrone set up O’Brien to score under the posts, with Blake Wallace converting to level the scores.

The home crowd were nervy as Toronto eyed their first points in rugby league’s top flight but Ratchford kicked the hosts back in front with two close-range penalties.

And last year’s Challenge Cup winners sealed the victory when Murdoch-Masila bullied his way over, with Ratchford adding his sixth goal for his 1,000th point in Super League.