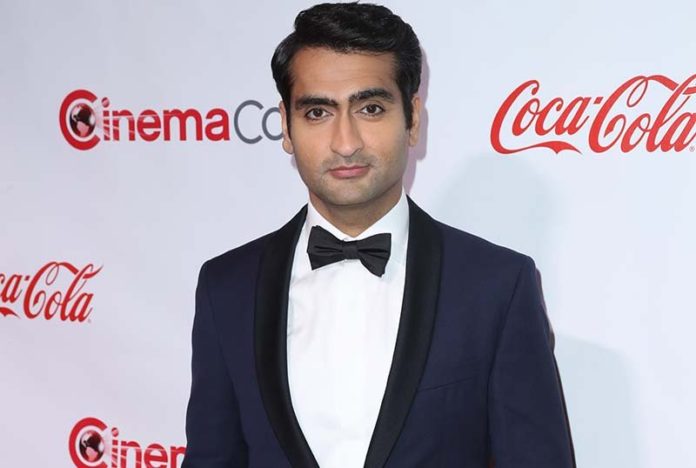 While Kumail Nanjiani (The Lovebirds) is best known for his work in the comedy genre, he is looking to break character type as he has signed on to star in the upcoming political thriller The Independent, according to The Hollywood Reporter.

The film, written by Evan Parter and directed by Emmy-nominee Amy Rice (By the People: The Election of Barack Obama) in her narrative feature debut, follows an idealistic journalist who discovers a major political conspiracy right as America’s first viable independent presidential candidate is poised for electoral victory.

“Kumail is a great actor with global recognition and he serves as the cornerstone for an incredible ensemble cast that we are excited to announce shortly,” Brian O’Shea, CEO of The Exchange, said in a statement.

The Exchange is financing the film and is set to introduce it to potential buyers at the European Film Market in Berlin this week. The project will be produced by Parter alongside Emmy-winning duo Sam Bisbee and Theodora Dunlap of Park Pictures (Hearts Beat Loud, Infinitely Polar Bear, The Hero) and Anonymous Content’s Ryan Cunningham.

Nanjiani broke out in the comedy scene with the TNT law series Franklin & Bash and the Mike Judge-created HBO hit Silicon Valley, leading up to his 2017 semi-biographical romantic comedy The Big Sick, for which he and wife Emily V. Gordon were nominated for the Academy Award for Best Original Screenplay, losing to Jordan Peele’s Get Out. He will next be seen in the romantic action comedy The Lovebirds alongside Issa Rae (Insecure) and the 25th installment in the Marvel Cinematic Universe, The Eternals, in which he stars as Kingo Sunen.