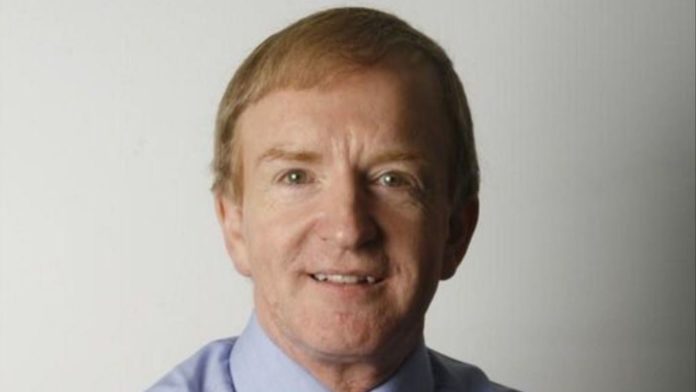 BBC broadcaster Simon Warr has died from cancer two days after he was admitted to a hospice in a serious condition.

The 65-year-old tweeted on Thursday that he was “unlikely” to be on the social media site again due to poor health, telling his followers that he had “asked a close friend to let you know the outcome” of his hospice care.

He signed off by saying he hoped his “legacy” would be raising awareness of the “human cost” of having to face “false sexual allegations and wrongful convictions”, having been accused of historical child abuse in 2012.

… I like to think that my legacy will be a greater awareness of the human costs of false sexual allegations & wrongful convictions. It is a comfort to know that my book ‘Presumed Guilty’ has been useful for so many who have faced this ordeal & for their families…

Former pupils of the ex-teacher made the claims, but Warr was cleared of all charges two years later.

Speaking after he was acquitted by a jury in 2014, the BBC Radio Suffolk regular said the wrongful allegations saw him lose his job, his home, and some of his friends.

Simon’s family have asked me to thank everyone who sent him such kind messages of love, support & hope. Simon’s campaign for justice for the falsely accused will continue. He had just finished writing a new book. Funeral arrangements will be shared soon.

“It is with great sadness that I’ve been asked to let all Simon’s followers know that he passed away early this morning at the age of 65 after a short battle with pancreatic/liver cancer,” said a statement.

“He was surrounded by his family, as well as the love & prayers of his many friends.

“We will be keeping Simon’s Twitter profile and other social media accounts active for now in order to continue sharing relevant information with his many friends & followers, as well as messages from his family.

“Thank you all for your love, encouragement & support for Simon.”

Warr was also known for being the headteacher on Channel 4’s reality documentary That’ll Teach ‘Em, which saw teenage students taken back to boarding schools styled on the 1950s and 1960s.

TV presenter Jeremy Vine led the tributes, saying he “brought huge energy” to his appearances on TV and radio and had “incredible zest and a passion for learning and debate”.