Home Sport WEC – Rebellion ahead of Toyota in FP1 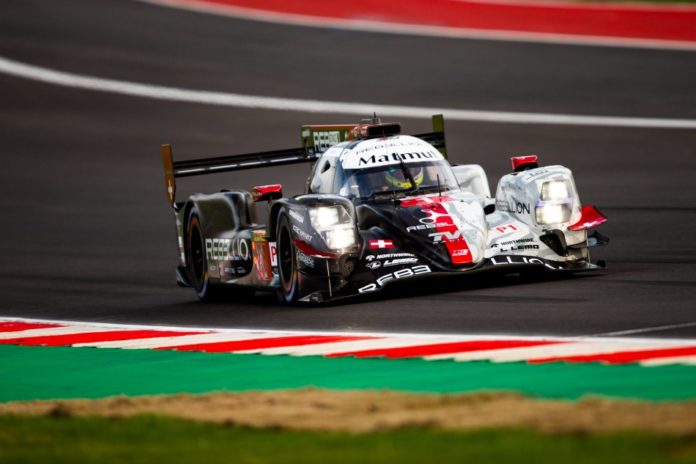 The first 2-hour Free Practice session at the Circuit of The Americas in Texas saw the no1 Rebellion Racing R13 finishing 0.175s ahead of the no8 Toyota Gazoo Racing TS050.  Gustavo Menezes set a 1m49.957 lap against a 1m50.132 set by Sebastien Buemi.  Championship leader Mike Conway, in the no7 Toyota was only able to set the 9th fastest time of the session with a 1m52.460, 2.5 seconds behind the leading LMP1s.

The session was interrupted when the no29 Racing Team Nederland Oreca of Guido Van Der Garde went off track and had to be recovered under a Full Course Yellow.

The LMP2 class was led by the no22 United Autosports Oreca of Filipe Albuquerque, who set a 1m50.488, the third quickest time of the session and just 0.531 behind the LMP1 Rebellion R13.  The no37 Jackie Chan DC Racing Oreca was second fastest with Will Stevens setting a 1m50.669, just ahead of the no36 Signatech Alpine A470 of Andre Negrao.

It was a Porsche lockout of the top four places with the no77 Dempsey-Proton Racing of Matt Campbell setting the fastest time with a 2m02.742 lap.  Thomas Preining was second quickest in the no88 Dempsey-Proton Racing Porsche, the Austrian just 0.169s behind his Australian teammate.  Ben Barker was third quickest in the no86 Gulf Racing 911, just 0.243s behind Campbell’s time and 0.033s ahead of Matteo Cairoli in the no54 Team Project 1 entry.

‘I voted for a guy named Trump’: President casts his ballot...

F1 – Bottas makes it a clean sweep in practice for...

“Price is Right” coming back with no audience, other coronavirus changes