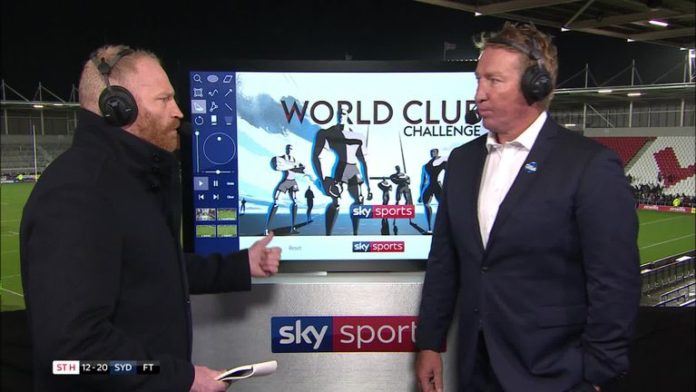 The Roosters made history by becoming the first team to win back-to-back World Club Challenge titles, and also equalled the record of four wins held by Wigan and Melbourne.

Phil Clarke said earlier in the week that Robinson has been the secret behind the Sydney club’s recent success, saying the 42-year-old has “made them from good to great” and, based on the insight Robinson offered at the touchscreen, it’s hard to argue with Clarke.

The former Catalans Dragons coach walked Wells through all the ins and outs of the major plays that helped his side to a memorable win against a spirited Saints side on Saturday night.