Home Sport Joshua vs Fury? ‘This is our chance’ 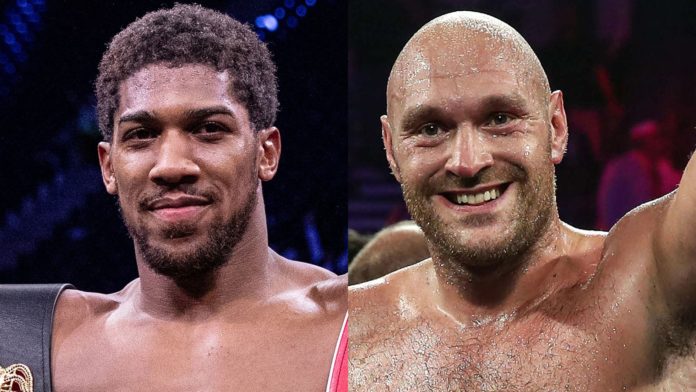 Calls for AJ to face Fury next, instead of Pulev

Fury’s sensational beating of Deontay Wilder on Saturday night in Las Vegas earned him the WBC title, meaning every heavyweight belt now belongs to a Brit.

Joshua holds the IBF, WBA and WBO gold and his promoter, Hearn, believes there has never been a better time to agree a mega-fight for every major belt.

“Fury was brilliant, and the tactics from [his trainers] Sugarhill Steward and Andy Lee were spot on,” Hearn exclusively told Sky Sports.

“For me, we should go straight into AJ v Fury next. No one wants to see a third fight [between Fury and Wilder].”

Fury and Wilder battled to a draw 14 months ago but, in their Las Vegas rematch, the British challenger produced a sensational performance to win inside seven rounds. An option does exists for a trilogy fight between them.

Bob Arum’s Top Rank, who promote Fury’s US career, also oversee Kubrat Pulev who is expected to be Joshua’s next opponent.

But Hearn said: “Top Rank promote Pulev so this maybe our chance to make sure it’s undisputed.”

No need for a third let’s go straight to it in the Summer! #undisputed

Joshua’s pre-fight prediction came true. He said: “Fury can punch a bit. He’s underestimated with his punching power which makes him dangerous. If you underestimate someone it makes them dangerous because you don’t respect them until you get hit.”

Dillian Whyte, who has been the WBC No 1 contender since November 2017, is still awaiting his shot at the title that is now owned by Fury.