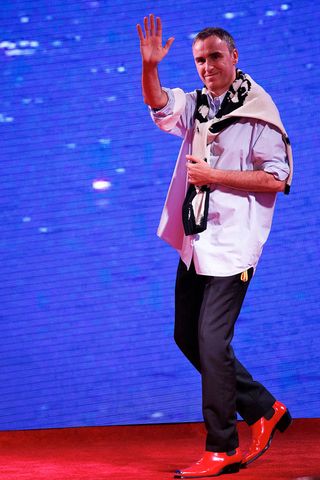 If you’ve been paying attention to certain corners of the internet recently, you may have already seen the rumors swirling: Raf’s going to Prada. Well, as it turns out, the fashion world’s rumor mill is a pretty reliable one, and the story is true. Raf Simons is indeed joining Prada as co-creative director, “working in partnership with Miuccia Prada with equal responsibilities for creative input and decision-making,” according to a press release from the brand.

This is news that’s certain to delight a lot of Raf fans—from industry insiders to hip-hop stars alike—who follow the moves of the Belgian designer closely. Simons’ eponymous menswear label is like a calling card for in-the-know fashion guys, and each time he lands at a new label, there’s a whole lot of excitement that comes along with the move.

Simons’ last big-brand gig was at Calvin Klein. He joined in 2016, after positively received stints at both Jil Sander and Dior, and won critical praise for his runway efforts. But he was hamstrung by the disconnect between his more artistic ambitions and the realities of the business from the outset, and parted ways with the company in 2018, less than two years after he took the helm.

While folks shopping for CK jeans and underwear might not have connected with Simons’ creative vision, there is, potentially, a much easier road ahead for the designer at Prada. For one thing, he already worked for Prada group when he was at Jil Sander, a post he held for seven years before Sander herself returned. Plus, Prada is a different beast entirely than Calvin Klein, the latter of which has significant mass-market offerings. Ideally, Simons will be able to lean into those artistic impulses of his in the new gig, all while working with Miuccia Prada, the woman who has ably guided Prada to where it sits today (which is, to be clear, in a very good place). 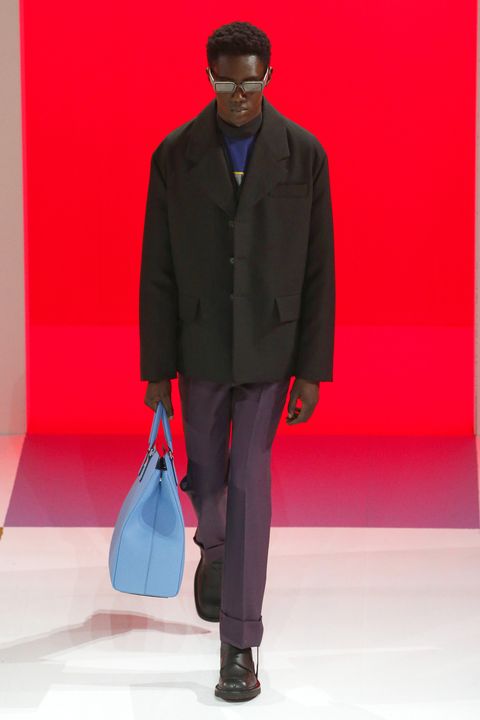 A model walks the runway at the Prada fall/winter 2020 menswear show.

So, what should we expect? Well, that remains to be seen. Simons is working across all aspects of the brand, and the press release notes Prada’s “willingness to push boundaries, to experiment, to take opportunities to advance.” In terms of actual clothing, we’ve certainly seen that in recent seasons, in everything from adventurous-as-hell camp-collar shirts to half-zip leather pullovers and super-short shorts. The upcoming fall/winter 2020 menswear collection, which showed in January, felt a little more restrained than what preceded it, but in a good way.

As evidenced by his prior work with his own label and at others, Simons is versed in both provocation and subtlety. And Miuccia Prada’s recent leadership has made the label feel especially vital and interesting. Whatever form they take, I can’t help thinking that exciting things are on the horizon here. And, anyways, we don’t have long to wait: The first outing from Raf and Miuccia, Prada’s spring/summer 2021 womenswear collection, will be shown this September in Milan.

Drive-in cinema tackles a wee issue: Its customers are in England,...