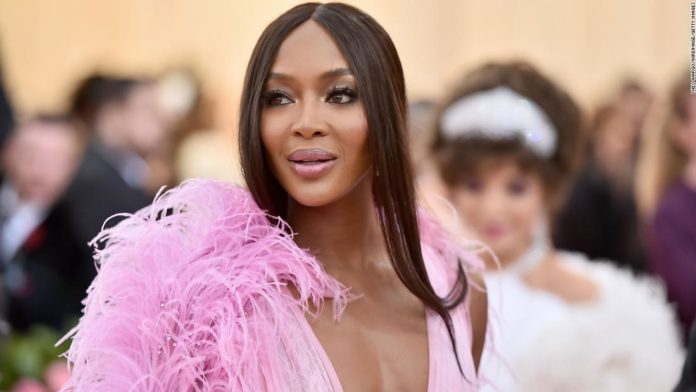 At almost 50 years old, the fashion icon and one of the original 90s supermodels has lost nothing of the ambition that she’s built her more than three decades career on. If anything, she appears fiercer.

She strides into the interview room where we meet, where her entourage buzzes around her; some with lists of talking points, others with makeup brushes for final touch-ups. She’s decisive. When she takes her seat and asks a publicist whether the top button on her shirt is better open or closed, she doesn’t wait for an answer. “Closed,” she says to her own question.

She knows exactly what’s best for her.

Naomi Campbell on diversity in fashion

That might be why, while most of her former peers have long retired from the spotlight, she seems busier than ever. She’s still gracing magazine covers, walking runways and doing photo shoots.

In an industry known for its ageism — and with both Naomi Campbell and myself approaching a sometimes terrifying milestone — I ask her if she feels age is an issue in her line of work.

“I don’t think about (it). I don’t feel it. I do what I have to do,” she says without hesitation. “After being in this business for 34 years, it’s still always so surprising to me and I’m always thrilled.”

What is an issue, she says, is the lack of representation of black and brown models in an industry that still heavily favors white beauty ideals. Throughout her career, she has openly fought against discrimination, and paved the way for racially diverse models. But she’s not just talking about landing a magazine cover, she points out. Pay disparity is also troubling her these days.

“I’m looking now at (models getting the) same payment for doing the same work. I do feel that it’s obvious that’s going to come up next. And that (it) should be equal.”

Charity work has also become a big focus. The model is currently promoting an upcoming event next month in Qatar, which will benefit Fashion For Relief, an organization she founded in 2005 to support the victims of Hurricane Katrina in Louisiana. Fashion For Relief puts on charity catwalk shows and high-profile auctions to raise funds for various causes and humanitarian efforts — such as for those impacted by 2011 earthquake and tsunami in Japan and the Ebola outbreak in West Africa.

Lately the foundation’s focus has shifted towards raising money for education programs in Africa where Campbell says, “most of the growing population is under 30. They need that education.”

She mentions the passing of Nelson Mandela, whom she calls a “grandfather figure,” in 2013, as a major motivation towards her humanitarian commitments. She finally understood, she tells me, sounding quite emotional, “what he meant” when he talked about helping others.

As she speaks, her empathy is palpable. It’s also, in stark contrast to some unflattering depictions of her character.

Beyond the infamous court case, in which she admitted to hurling a phone at her housekeeper, tabloids have often portrayed her as a diva with unreasonable demands.

But Campbell insists she wants to fight back against unfair coverage.

When I ask her about the story that published last year in the Mail on Sunday, that featured pictures of her with convicted pedophile Jeffrey Epstein’s entourage, she angrily replies, “No, no, no.”

Campbell’s careful of what she puts on social media. Those platforms are useful to get a point across, she says, but she refuses to show her “private life.”

Instead, she much rather prefers to keep the focus on work.

“There’s always work to be done,” she says. “You should never sit on your laurels and think, oh everything is fine.”

She sits very still in her chair: “I still have the drive.”