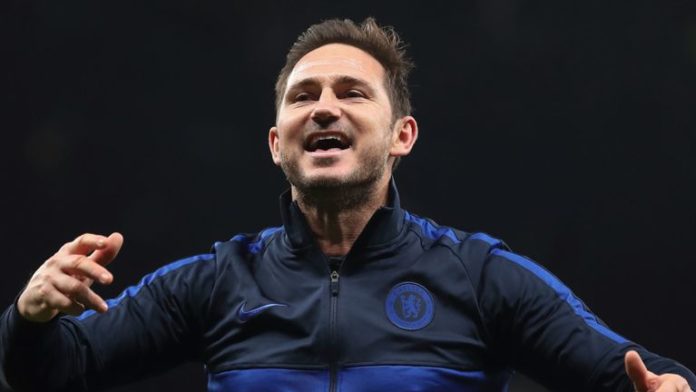 Frank Lampard says Chelsea will learn from Tottenham’s crushing 7-2 defeat to Bayern Munich as his side prepares to face the German champions in the Champions League last 16.

Chelsea lock horns with Bayern for the first leg at Stamford Bridge on Tuesday, just under five months on from Spurs’ heavy defeat in the group stage at the Tottenham Hotspur Stadium.

When asked about the Spurs-Bayern match and if it would impact his preparations for the upcoming fixture, Lampard said: “Definitely – that’s a big part of my job.”

When quizzed on how he would balance chasing the game if Bayern go ahead, with the fixture being played over two legs, he added: “We have players with Champions League experience but we’ve also got some younger players who are in the early stages of their careers.

“They have to understand about the levels, going up, the mindset levels. A big part of my job tomorrow is to explain to the players that over two legs we need to be at our maximum.

“We must make sure every box is ticked in both games. We have to make sure we don’t get caught up during in-game moments.

“There will be times when we suffer because Bayern are an incredible side with the ball but that’s our job over the next two games.”

Lampard said Callum Hudson-Odoi is “not far away” from a Chelsea return – but the forward will not be fit to face his former suitors.

Hudson-Odoi was long linked with a move to Bayern until he suffered a ruptured Achilles tendon in April 2019. He has more recently been absent with a hamstring problem and will not feature against the Bundesliga champions.

“(Christian) Pulisic is out, Hudson-Odoi is out, (N’Golo) Kante is out,” Lampard added. “Callum’s out, he’s not far away but not this game.”

There was better news for Chelsea with Pedro and Ruben Loftus-Cheek both available.

“Pedro is back in contention having missed Saturday with a small problem,” Lampard said. “Ruben is fit, he’s in the squad.”

Lampard won the Champions League as a player when Chelsea edged out Bayern on penalties in 2012 and knows just how tough it is to take on the German giants.

The former England midfielder admitted he will address his young squad specifically about the hike in pressure and quality that comes with top-level knockout football in European competition.

“I’ve got no doubts about starting any of the young players, I trust in all the players who have been part of the squad this year,” Lampard added.

“They’ve earned trust in the way they’ve played. This now changes slightly when it gets to the knockout stages and I’ll speak to all the players about what that means.”

Lampard was coy was asked if he considered his side as underdogs for the game, but accepted that people outside the club may use that label for his team.

“I think the underdog talk for a game like this is better to come from outside, from people looking out to in,” he said.

“My job is just to prepare the game, look at the opponent and see if we can find weaknesses there. I understand if people do call us the underdog because their team is so strong and they have so much experience.

“But these things change. The underdog is there to change things around. We all love an underdog story and they are some of the best stories in sport.”