How Koreans, markets and society are reacting to the Oscar-winning film that holds up a mirror to Korea’s dark present

For Jeon Da-jung, a 35-year-old office worker who often commutes through the neighborhood of Buam-dong, central Seoul, the concrete staircase that leads to the nearby Jahamun Tunnel didn’t mean much to her.

But “Parasite,” from the acclaimed South Korean director Bong Joon-ho, completely changed her mind. By using the urban landscape as a metaphor for the deepening social divide between the haves and the have-nots, it opened her eyes to the reality of Korea today, she said — to something she had probably known deep inside for years but felt no immediate need to think about.

“I never thought that the stairs and tunnel I just passed by could turn into fascinating places with some socioeconomic implications,” she said Monday on a visit to the site — her way of paying homage to the Oscar-winning film.

“The movie has changed my view on the overall society that still has lingering problems such as poverty and a social chasm between the rich and poor.”

Jeon is one of many Koreans exploring the class-conscious movie by taking day trips to filming locations or copying gestures, recipes or songs that appear in the film.

The filming locations in Seoul have become hot spots for locals and foreign tourists alike.

Since “Parasite” won four Academy Awards, places shown in the movie — including the tunnel, stairways and the Woori Supermarket — have been bustling with visitors in recent days. 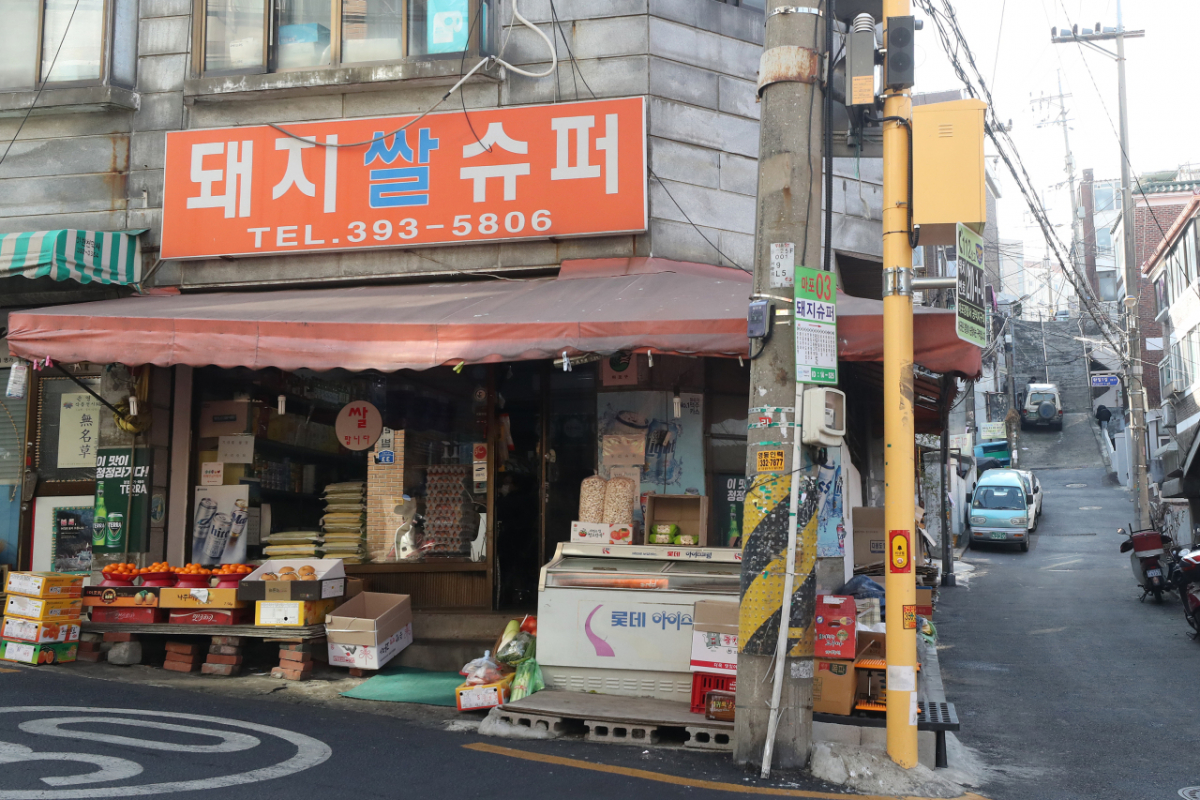 The dark comedy starring Song Kang-ho shed light on the ever-widening social divide via two families — the wealthy Parks and the impoverished Kims. The two families show the stark contrast between the opposite ends of the socioeconomic spectrum. But they also invite global audiences to consider untold stories about Korean society through unusual symbols such as a “creative” instant noodle recipe, a catchy song, a semi-basement home and a fake university degree.

The melody that the Kims’ daughter, Ki-jung, sings as a mnemonic to remember her false identity has swept the internet recently. The so-called “Jessica jingle” — “Jessica, only child, Illinois, Chicago,” originates from a song about Korea’s easternmost islets, Dokdo. It is so addictive, according to people on social media, that many “Parasite” fans could not stop humming it after watching the film.

Also trending among young moviegoers on social media are selfies with black or white bars over the eyes, recalling the official movie poster depicting the families posing in an odd arrangement with their eyes covered.

“The younger generation is taking to YouTube and Twitter to share its ‘Parasite’ obsession,” film critic Philip Yoon was quoted as saying in the local newspaper the Hankyoreh.

Thanks to the film’s recent achievements at the Oscars, stocks of the companies behind “Parasite” have soared in value. Barunson E&A, which invested $11 million in the production of the film, saw its shares hit record highs Feb. 10-13. After closing at 2,000 won ($1.70) on Feb. 7, they more than doubled to 4,470 won as of Monday.

CJ, which owns the film’s distributor, CJ ENM, saw the value of its shares jump more than 10 percent Feb. 7-17. 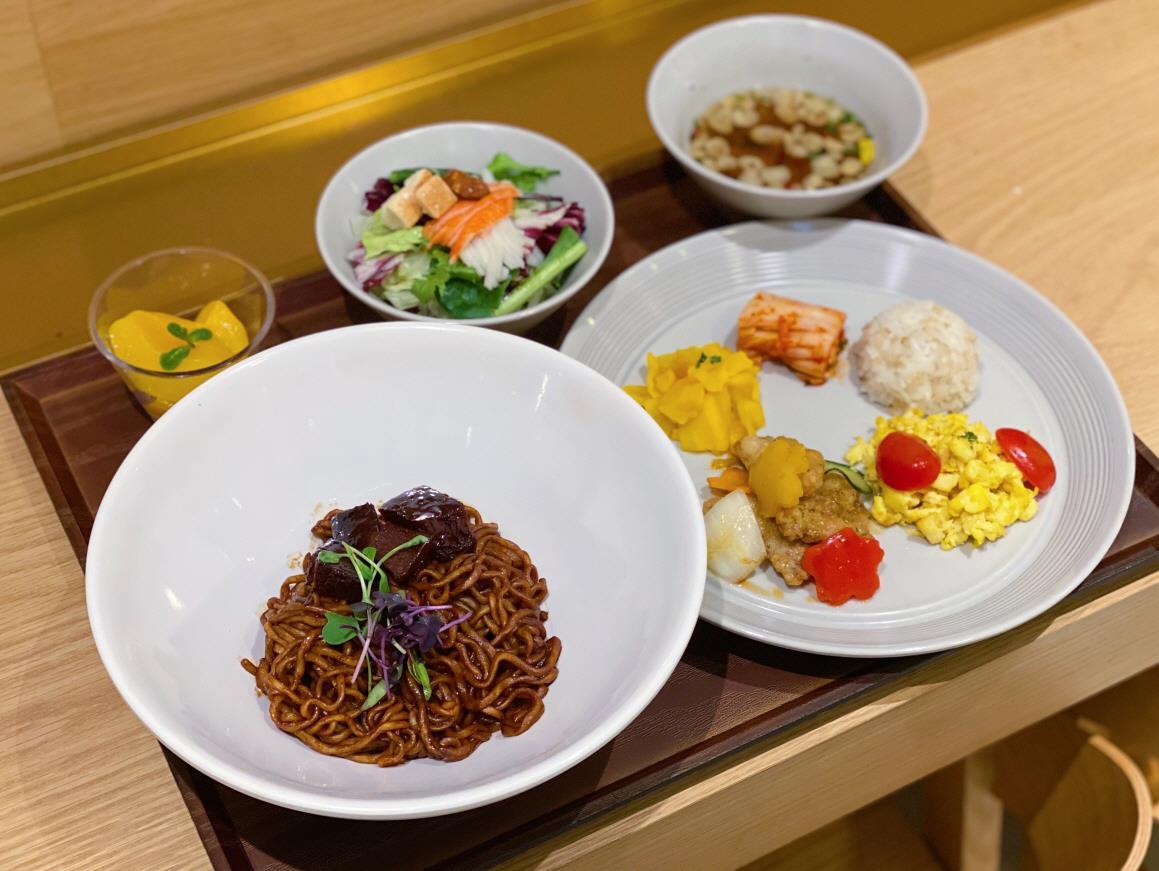 A noodle dish called jjappaguri (translated as “ram-don” in the English subtitles) — a combination of black bean-based instant noodle brand Jjapaghetti and instant udon ramen brand Neoguri — boosted sales for the manufacturer of both products, Nongshim, here and abroad, as well as its stocks. In the movie, instant noodles symbolize the social divide. The rich Parks enjoy eating the cheap snack with slices of expensive Korean beef — unlike the poor Kims, who eat instant noodles because that’s all they can afford.

“Every time the movie launches in each nation, jjappaguri goes viral on social media,” said a spokesperson for the instant noodle maker, which has given out the snack at theaters around the world in an effort to promote its brand along with the film.

The Korean food company has also put up YouTube videos providing the recipe for the fusion dish in 11 languages, including English, Japanese and French. 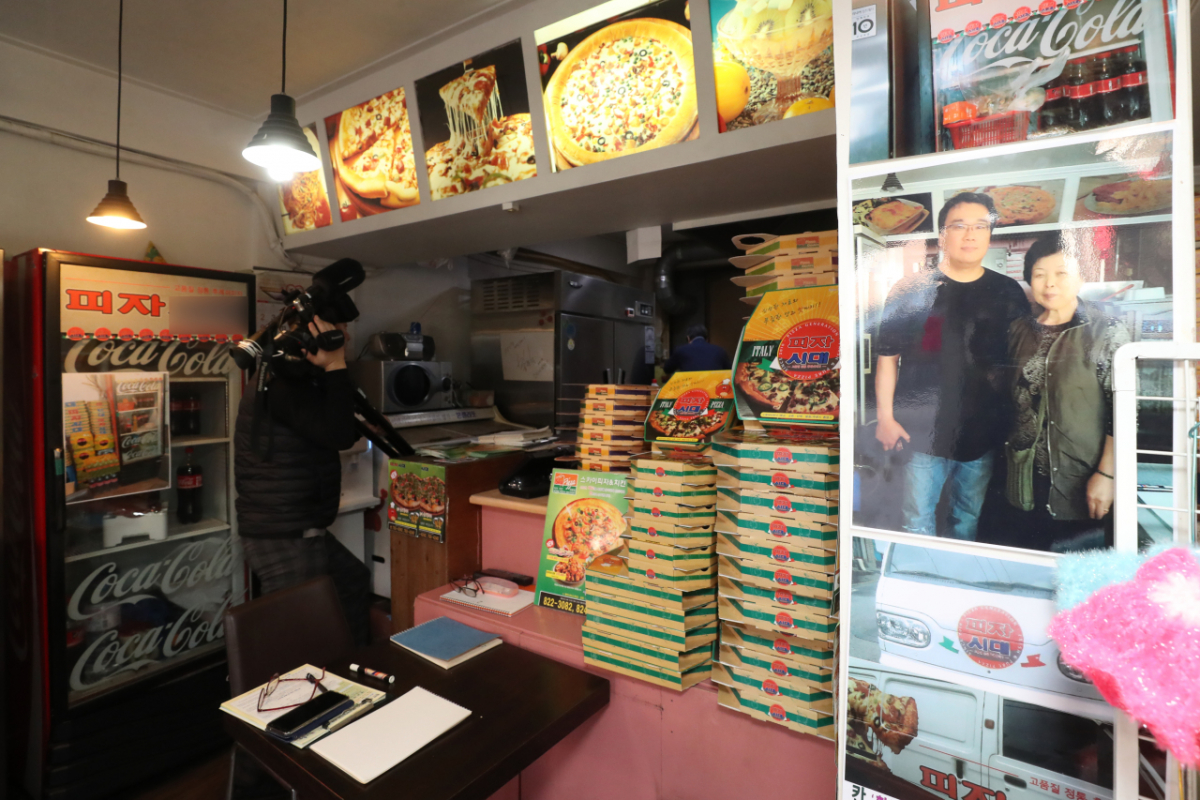 During the four trading days after the movie bagged the four Academy Awards on Feb. 9 (local time), Nongshim shares surged by some 10 percentage points.

Some market analysts forecast that the overall Asian food market will gain popularity around the world thanks to Bong’s latest masterpiece.

The Oscar-winning movie is expected to generate more than $12 million in economic value, according to local brokerage firm Korea Investment & Securities.

“The sales will likely increase with the movie launching in more global markets in the near future,” the analyst added.

Some market analysts said the movie has helped take the nation’s content market to the next level, as the local industry will receive more attention from global investors.

“Parasite has proved that content created here can appeal to global audiences, and Korean producers will likely be reevaluated in the global film industry,” Lee Hwa-jeong, an analyst from NH Investment & Securities, said.