Home World 8 of the best restaurants in New Orleans 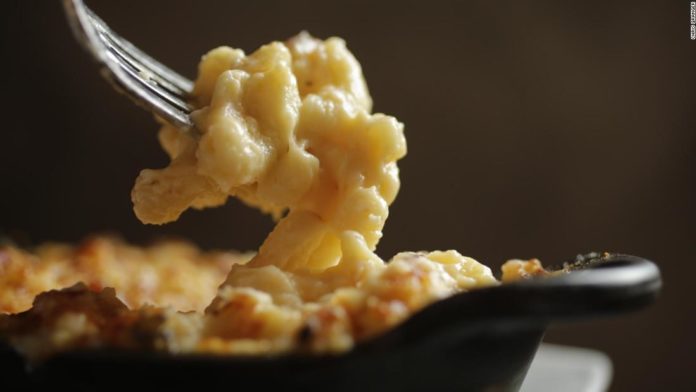 (CNN) — New Orleans is a city that shares a storied multigenerational love of food, family and community that transcends spur-of-the-moment trends.

It’s also the birthplace of the muffaletta, the po’boy, gumbo, jambalaya and étouffée.

A place where tourists can be found waiting in lines for beignets at all hours. And where Mondays are reserved for red beans and rice, and the simple bell pepper, onion and celery are upheld as the Holy Trinity of all delicious things.

The come-as-you-are attitude is a rare, charming specialty of this coastal byway that continues to romance travelers and lure new residents every day.

Four chefs — Leah Chase, Emeril Lagasse, Donald Link and Nina Compton — sat down in 2018 for an intimate CNN family meal to talk about their deep ties to New Orleans and its tight-knit culinary community. (Watch their chat in the video above. Leah Chase died in June 2019, but her family restaurant and its traditions carry on).

It would be impossible to take in everything the city has to offer in one visit, but for those looking to dig into a plate of New Orleans’ best, start with these restaurants from Chase, Lagasse, Link and Compton when you travel here:

What began as a humble sandwich and lottery corner shop transformed into the local fixture of organization for the civil rights movement.

After owners Leah Chase and her husband, Dooky, took over his father’s Treme storefront, Dooky Chase’s became one of the first African-American owned fine dining restaurants in America.

It was among the few meeting places that allowed mixed races during the Jim Crow era, serving as a longtime institution for social justice reform.

Beyond the legacy that has drawn visits from Presidents George W. Bush and Barack Obama and a long list of high-level celebrities, this is where you’ll find some of the best Creole food in NOLA, earning Leah Chase the everlasting moniker “Queen of Creole Cuisine.”

Leah Chase felt it was her duty to make Dooky Chase’s more than just a restaurant, but a meeting place for people like the Freedom Riders of the 1960s to cultivate ideas over fried chicken.

For first timers to New Orleans, a stop at the eponymous flagship location of the father of “New New Orleans” cuisine is a must.

You won’t find “Mr. Bam” working in the kitchen (give a wave to chef de cuisine Douglas Braselman), but the boundary-pushing flavors that define famed restaurateur Emeril Lagasse’s cooking style are always on the menu.

Try dishes such as andouille-crusted Gulf drum with local vegetables or crawfish-stuffed top neck clams and top your meal off with Emeril’s banana cream pie.

Can’t make it to the Big Easy? Lagasse has seven restaurants outside of New Orleans in Las Vegas; Bethlehem, Pennsylvania; and Miramar Beach, Florida.

Seasonally driven with the freshest locally sourced ingredients, Herbsaint was among the pioneers of NOLA’s modern farm-to-table movement.

Not all local traditions start at the source. Born and raised between St. Lucia and London, chef Nina Compton is a relatively recent New Orleans transplant.

Yet the former “Top Chef” contestant is shaking things up as one of the most exciting faces in the New Orleans food scene.

Drawing from her Caribbean roots and fine dining background, she seamlessly merges tropical flavors with classic Creole for an entirely inventive category that stands on its own and earned her the 2018 James Beard Award for best chef in the South.

As a young, black female, the pressure to succeed could have toppled Nina Compton, but instead this “Top Chef” runner-up has put Caribbean cuisine on the map.

Until Chef Paul Prudhomme elevated and popularized the cuisine in the 1970s, Cajun foods were considered country cooking.

As a native of western Louisiana’s Cajun Country, chef-owner Donald Link continues to push the conversation about the bounty of the bayou using white tablecloth techniques for dishes such as fried alligator with chili garlic mayonnaise, pork belly confit with sweet apple relish, and catfish courtbouillon. And oh the mac ‘n’ cheese!

For something a little more casual, stop into Link’s sister spot, Cochon Butcher: a sandwich and butchery featuring a killer muffaletta that will send you straight into a food coma.
Cochon, 930 Tchoupitoulas, New Orleans 70130; +1 504 588 2123

Opened in 1999, celebrity chef Emeril Lagasse’s Creole steakhouse has a long and layered legacy as it’s the restoration of a century-old establishment dating back to 1895.

The restaurant is so popular that Lagasse expanded the concept to Las Vegas, plus a similar chophouse in Bethlehem, Pennsylvania.

NOLA is all about the seafood, and here you’ll find some of the freshest in town.

Another instant hit from The Link Group restaurant empire, chef Ryan Prewitt culls the bounty of local seafood and transforms it into sophisticated Southern-inspired dishes, rightfully earning him a James Beard Foundation Award for best chef in the South in 2014.

Named after Emeril Lagasse’s daughter, Meril is the latest addition to his arsenal of concepts.

This story was first published in 2018 and was updated in February 2020.