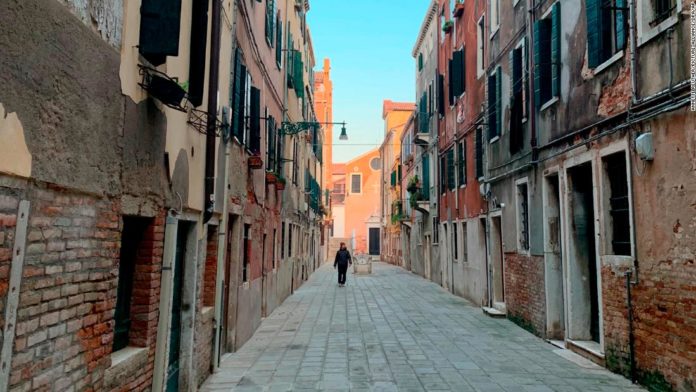 A three-week shoot was set to take place in Venice, Italy, but the country has had a recent surge of Coronavirus cases. The epicenter of the outbreak is in northern Italy, and the number of confirmed cases hit at least 229 by Monday.
“Out of an abundance of caution for the safety and well-being of our cast and crew, and efforts of the local Venetian government to halt public gatherings in response to the threat of coronavirus, we are altering the production plan for our three-week shoot in Venice, the scheduled first leg of an extensive production for Mission: Impossible 7,” a spokesperson for Paramount, the studio behind the “Mission” franchise, told The Hollywood Reporter in a statement. “During this hiatus we want to be mindful of the concerns of the crew and are allowing them to return home until production starts. We will continue to monitor this situation, and work alongside health and government officials as it evolves.”
A representative for Paramount was not immediately available for comment.
Tom Cruise, who reportedly had not yet landed in Italy, again stars in the franchise as IMF agent Ethan Hunt.
CNN has contacted Cruise’s publicist for comment.
Nicholas Hoult, Hayley Atwell, and Henry Czerny also star.
The upcoming “Mission: Impossible” film is scheduled for a July 23, 2021 release.