Home Culture ‘Something extraordinary’: Behind the scenes of No Time To Die 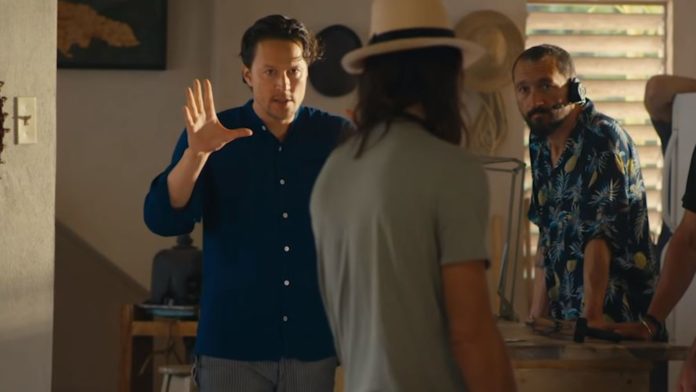 No Time To Die director Cary Joji Fukunaga has shared new footage from the latest chapter of the James Bond franchise.

The featurette, which runs for nearly two minutes, shows behind-the-scenes from the making of the film which he promises will be “something extraordinary”.

In the video we see Daniel Craig in what will be his last chapter as 007, as well as Oscar-winning actor Rami Malek as the latest Bond villain, Safin.

Fukunaga says the film – which is the 25th in the legacy – will be “a culmination of all that Bond has become” over the years.

No Time To Die kicks off with Bond enjoying retirement in Jamaica, but he is soon pulled back into active service when the CIA asks for his help.

Fukunaga, who took over from Danny Boyle following his highly publicised departure as director, said the important thing for him was to “rediscover Bond”.

He said wanted to know “Where is he? After five years of retirement, who has he become?”

He describes Bond “as a wounded animal, struggling with his role”.

Dangerous new technology appears in the movie, which is touched upon in the video: “The world has changed, the rules of engagement aren’t what they used to be, the rules of espionage are darker in this era of asymmetric warfare.”

We also hear a description of Malek’s new villain: “Now there is someone new out there, more dangerous than anyone he has ever encountered, and whoever they are is smarter and stronger than Spectre.”

Describing the film as “a race” to save the world and to save lives, Fukunaga says it is Bond’s “most challenging and most difficult” mission.

Fukunaga says he aims to do “something extraordinary with this one”.

He concludes: “Every Bond film has that thing, the danger but also the emotional punch. Everything that was left unsaid will finally be said. This will be the final chapter for Daniel Craig.”

The film has also been worked on by British actress and writer Phoebe Waller-Bridge who was called in to add humour to the script and help make Bond more relevant in the #MeToo era.

Other actors who make an appearance in the video include Lea Seydoux returning as Madeleine Swann, Lashana Lynch as the new 007 Nomi and Ana De Armas as Paloma.

The final scene shows Bond’s iconic Aston Martin under fire, as it disappears into a cloud of smoke as the Bond theme plays.

No Time To Die hits UK cinemas on 2 April.