Home Sport ‘Ireland-Italy should not go ahead’ 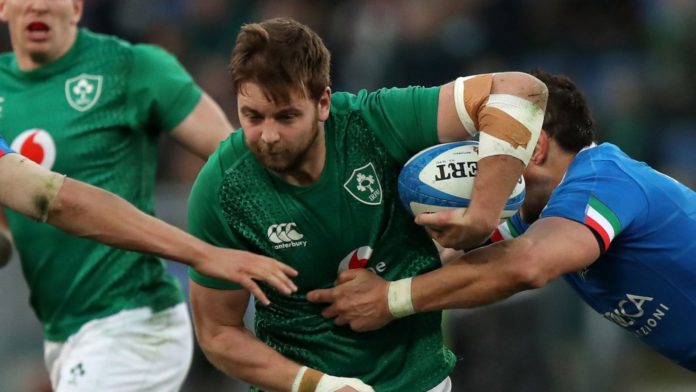 Ireland’s Six Nations game against Italy in Dublin next month should not go ahead due to coronavirus fears, says the country’s minister for health Simon Harris.

Harris earlier voiced worries over the Italy team and supporters travelling to Ireland for the fixture at the Aviva Stadium on March 7, due to the spread of coronavirus across parts of northern Italy and the south.

Eleven people have died in Italy due to the virus, while the number of confirmed cases in the country has risen to 322.

“We have taken a decision in relation to the Ireland-Italy rugby game which was due to be held in Dublin on March 7,” Harris told RTE News.

“The very clear view of the Public Health Emergency team is that this game should not go ahead, that it would constitute a significant risk because a very large number of people would be travelling from what is now an affected region.

“My department will be contacting the IRFU in relation to this.

“I know it will come as a great disappointment to many but it is important we make decisions in relation to public health above and beyond all other considerations.”

The IRFU later said they are now seeking an “urgent meeting” with Harris to find out the “specific reasoning” behind calling for the cancellation of the game.

The statement read: “The IRFU is seeking an urgent meeting with Minister Harris as to the specific reasoning behind calling for the cancellation of the Ireland v Italy Six Nations fixture in the context of the Government’s overall travel policy to and from Italy and other affected countries.

“Until such time as the IRFU has had contact with the Minister and gets an understanding of the government’s strategic policy on travel to and from Ireland and the cancellation of mass gatherings, it is not in a position to comment further.”

Scotland Women’s match in Italy on Sunday was cancelled and is yet to be rearranged, while two PRO14 matches, including Ulster’s clash with Treviso, were also called off.

“Six Nations is aware of today’s recommendation from the Irish Health Minister in relation to the upcoming Six Nations Championship match between Ireland and Italy on Saturday March 7th,” read a statement from the tournament organisers.

“The IRFU has sought an urgent meeting with the Irish Government to discuss the matter further and we will remain in close contact with them regarding the outcome of those discussions.”

Ireland Women are due to play against Italy on March 8 at Donnybrook, a day after the men’s sides meet in Dublin.

In the final round of Six Nations fixtures, Italy’s men host England in Rome on Saturday, March 14 and the women are at home to England in Padua the following day.