Home Lifestyle ‘You Haven’t Given Up’: How Prisoners Are Finding a Place for Personal... 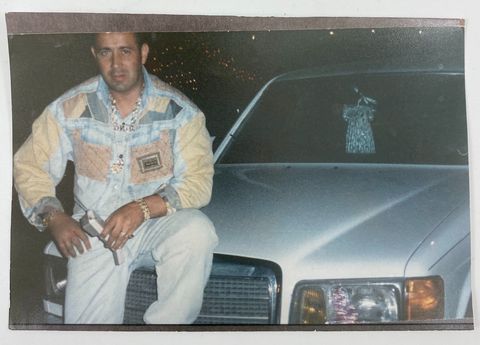 Dino Caroselli’s an old heist man from Brooklyn with mob connections. That’s him below, back in the early ‘90s in a jean suit, sitting on his Benz, gold jewelry dripping. A short time after that picture he pulled his last job, a stick up that spilled into the street and led to a shootout with cops. Dino took two slugs, one skimmed his head, the other hit his thigh; none of the cops were hit. He recovered and received 40 years. Along the way, he tacked on 30 more for an assault in prison. He’s nearly 70 now, with a 70-year sentence. Unless they change the sentencing laws to let out the elderly sooner, Dino will never get out. He still maintains his swagger, though.

Dino Caroselli in the early ’90s, before prison.

That’s Dino again below, in the late ‘90s with a few of the fellas in the prison gym. Peep his Nike gear and Jordans. Jailhouse fresh. Under that is a photo of him at a recent Catholic festival in Sing Sing with his wife and other men with their families. He’s sporting Cartier frames and Polo Ralph Lauren.

Swagger means different things to different people. I’d say it’s a state of being—of confidence and attitude and style. It’s the thing you’ve come to say that doesn’t need to be said. When guys get fly and strut down the tier heading to a visit, they’ll pass their homeboys in cells who’ll say “Okay, I see you.” To which the guy will reply, “You know what it is…” 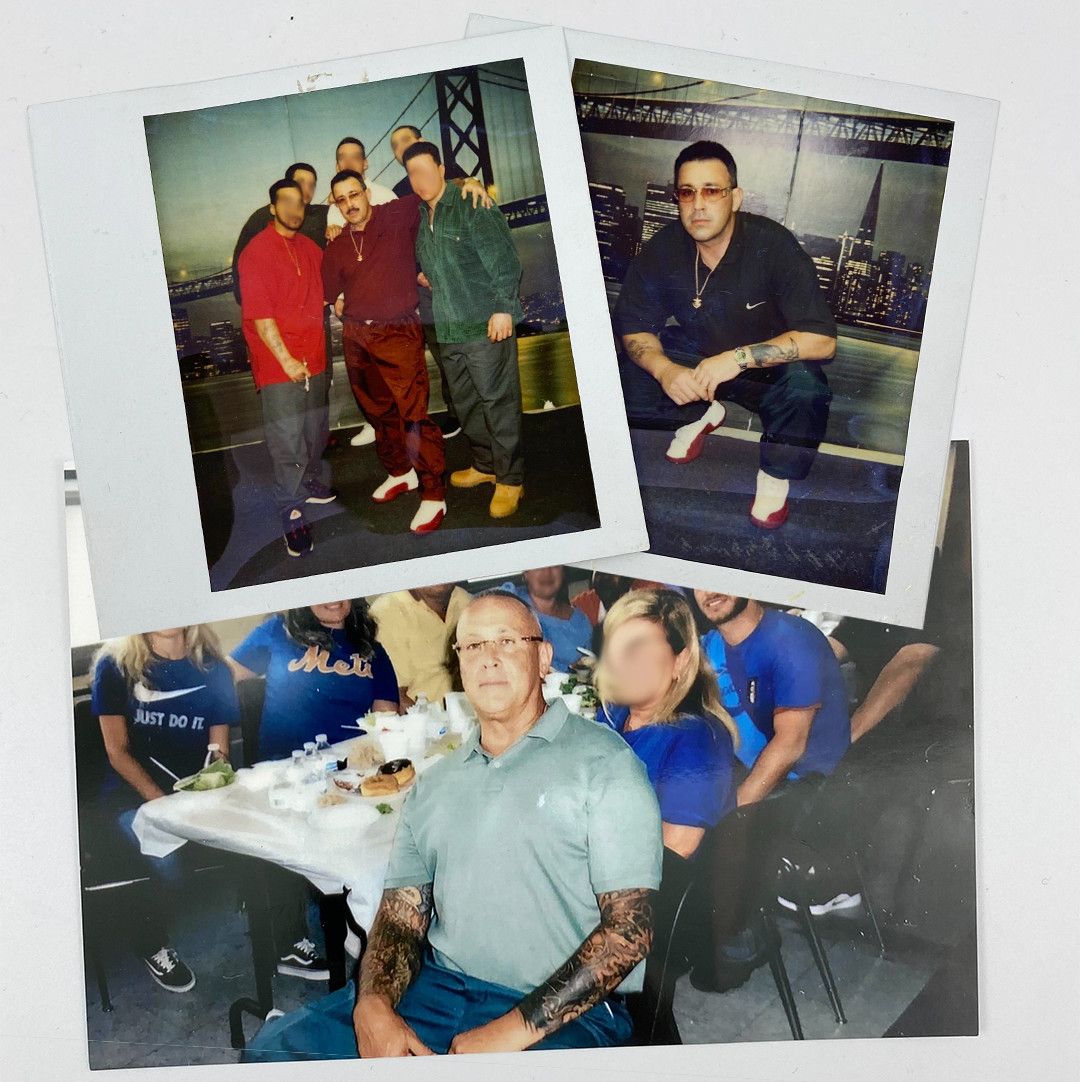 Top: Dino in Jordans and Nike in the late ’90s. Bottom: Dino in Polo Ralph Lauren and Cartier frames at a recent Catholic festival in Sing Sing.

Dino has dressed nice his whole life, but in the joint it’s also about making a statement. “It’s a scumbag life in here,” Dino tells me. “And I know I’m gonna die in this motherfucker—but what you wear and how you wear it is an indicator that you haven’t given up.”

I’ve been in prison 18 years now, since I was 24. I’m currently in Sing Sing, and I can assure you: Prisoners care about fashion. In the New York State prison system we’re issued green pants and button-down shirts and sweatshirts with ironed-on bands that have our last names and DIN numbers (Department Identification Numbers). We’re permitted to wear our personal clothes in certain parts of the prison, like the gym and yard. On visits and special events, we’re required to wear our state green pants but are allowed to wear our personal tops—pocket T-shirts, polos, sweaters, oxford button-downs—and footwear, shoes and sneakers. Items aren’t supposed to exceed $80 in value.

Family or friends can send items or drop them off on a visit, accompanied by a purchase receipt. Items must be solid colored and cannot mimic the guards’ uniforms, so blue, gray, black, and orange—all of which appear on uniforms in some capacity—aren’t allowed. All other colors or shades are good, or “Gucci,” as we say in here. The most popular brands are Ralph Lauren or Lacoste, with the former predominant. Two-inch logos—the horse, the alligator—are permitted. 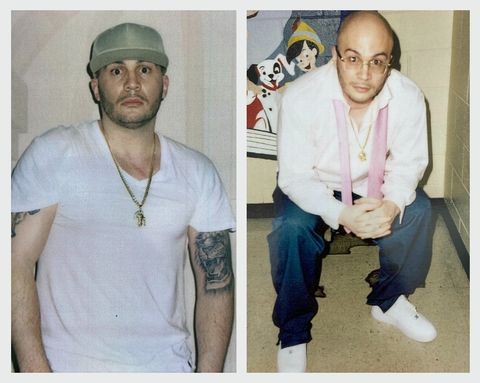 Left: Blanco in the Attica gym a few years ago. Right: at a recent festival event in Sing Sing.

The essence of a brand’s power is its logo crest, says the iconic Harlem clothier Dapper Dan, who in the ‘80s used to remix logos and crests from brands like Louis Vuitton and Fendi into clothes for rappers and drug dealers. Sporting clothes with well-known logos screams status on the inside.

We tend to maintain the trends of the era in which we were locked up. Guys who got locked up in the ‘80s sport Gazelles and Adidas shells. I went away nearly 20 years ago—no big beards or tight clothes for me. My boy Blanco from the Bronx came in from around the same time. His is a ‘90s swagger, all day. The pic in which he’s seated was taken at a recent festival event in Sing Sing. The one in which he’s sporting a baseball cap and gold chain is in the Attica gym a few years ago. Cartier frames, baggy state green pants, crisp Nike Air Force 1s, also known as Uptowns—Blanco’s jailhouse fresh. The rounded gold Cuban link with the Jesus face medallion is classic ‘90s, too. (We’re permitted to receive metal chains with religious medallions.)

As in society, prison has Haves and Have-Nots. The Haves rely on ladies and families who hold them down. Very few are entirely self-sufficient with, say, a stash of shoebox cash. But most on the inside have no money and no outside support. About one in five of New York prisoners receive mental health care. Most wear state-issued greens. Dino works on a mental health unit, and often helps guys out with clothes and cigarettes (even though he doesn’t smoke). 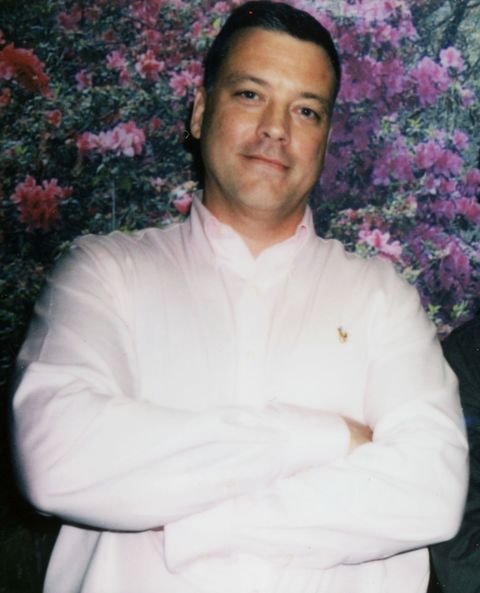 Those with serious mental illnesses are the worst off. Raymond Jones, #75A0083, who’s schizophrenic and catatonic, has been incarcerated since 1972. He’s serving 20 years to life for murder, and has been appearing before parole boards every two years since 1992. He’ll make his fourteenth appearance next year. Jones has no family and has never received a visit or personal clothes from anyone in almost half a century. I used to work the mental health unit in which he was locked up, and I’d hear him mumbling and laughing to himself. I often wondered what he was before schizophrenia and prison. Did he once have swagger? Raymond Jones is now in Green Haven Correctional Facility. He still wears his worn state issued greens. But anyone can send him clothes.

At the other end of the spectrum, there’s Brian Johnson, 30, who’s serving a 13-year stint for robbery. Brian grew up in Hollis, Queens, and now calls himself Roy’l, pronounced “royal” with extra emphasis on the L. Only a guy with super swagger nicknames himself Roy’l. “Where I come from,” he tells me, “everyone on the block stays stuntin’ on each other,” which means that friends hanging out on his block in Hollis would always try to outdo one another with the latest sneakers and clothes. To be able to dress fly, you had to make money—selling drugs, pulling scams with stolen credit cards. While it was partly his love of fashion that landed him in prison, others from the same Queens neighborhood have used it to become icons and business men: Run DMC, Daymon John, and LL Cool J. “LL’s really from Farmers,” Roy’l says, “but he claims Hollis.” 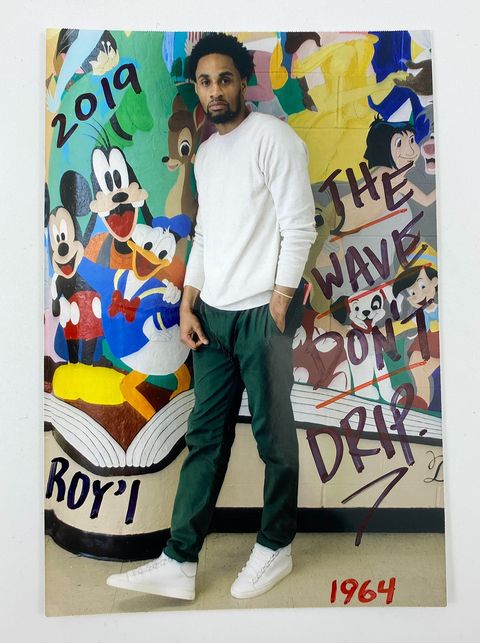 Roy’l, with a rubber band around his wrist that’s a stand-in for a nice watch with a leather band, which he tells the author he’d have if he were out.

In 2012, Roy’l started his stretch inside, bringing with him the trends of his era and his swagger. On the inside, Roy’l tailors his state issued green pants to fit like True Religion jeans, cowboy cut. His lady, who’s from Harlem with plenty of swagger herself, still keeps him in the flyest brands. That’s Roy’l in a Balenciaga sweater and Balenciaga white canvas sneakers, looking like a model in the slammer. The rubber band on his wrist is a statement. If he were out, he tells me, it would be a nice watch with a leather band.

Like I said, I’ve been in prison since I was 24. I don’t know much about fashion. When I’m out, maybe working at Esquire, I’m hoping the style director, Jonathan Evans, will hook me up with some fashion tips and threads from the back room, like Nigel did with Andy in the movie The Devil Wears Prada. To even think I could pull it all off, to go from this scumbag life to life at a fashion magazine is saying a lot—well, perhaps that’s my own brand of swagger.

Levi’s Jeans Are Up to 60% Off Right Now, If You Know Where to Look