Home Culture Disney became a giant under Bob Iger. The question is if he... 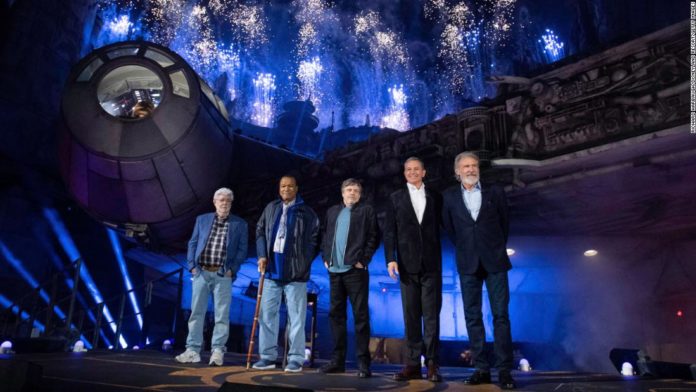 Disney shocked the media business on Tuesday by announcing that Iger -— who had postponed his retirement multiple times — would give up the CEO role, effective immediately. Although he will remain with the company, and according to its statement continue to oversee creative endeavors, the “effective immediately” part came as a bolt from the blue.
Iger hands the reins to Bob Chapek, the head of Disney parks, experiences and products, an incredibly lucrative arm of the company. That said, Disney’s stunning growth, primarily through a series of once-second-guessed deals that paid off spectacularly, has left its future looking both very bright and incredibly murky without Iger at the helm. (Disclosure: My wife works for a division of Disney.)
For those who need a refresher course, Iger — a veteran of ABC, who came into the Disney fold when the company acquired CapitalCities/ABC in the 1990s — took over from Michael Eisner in 2005, at a moment when the company’s prospects seemed particularly shaky.
Iger proceeded to engineer a dizzying series of multi-billion-dollar deals, first beefing up the company’s animation footprint by buying Pixar. He then proceeded to assemble two of the most powerful brands in the business, with separate $4 billion acquisitions of Marvel and Lucasfilm, the home of “Star Wars.”
The way those parts fit together, in hindsight, makes them look like no-brainers — feeding Disney’s merchandising apparatus, providing rides for its theme parks and fueling a series of billion-dollar worldwide box-office hits. But that sense of certainty wasn’t always echoed at the time, including those who questioned whether Disney had overpaid for these properties.
Iger capped that streak with the biggest prize of all, hammering out a deal with Rupert Murdoch for most Fox entertainment assets — including its movie studio and cable networks like FX and National Geographic — for $71 billion.
Beyond bringing franchises like “The Simpsons,” James Cameron’s “Avatar” movies and wayward Marvel properties Fantastic Four and X-Men into the Disney fold, the sheer tonnage served as a key cornerstone of the studio’s expansion into streaming with Disney+, a service designed to reclaim control of its direct-to-consumer destiny from outfits like Netflix and the cable/satellite companies.
More intangibly, Iger’s smooth demeanor and genial manner have made him a strong public representative of the company, one where the Disney name was historically associated with its founder, Walt Disney, who hosted a weekly TV program during its formative years. The “Disney” brand has always carried with it outsized expectations, thanks to an association with family entertainment that has been passed from one generation to the next.
The main problem with Iger’s success was that it made the company skittish about losing him, as ostensible heirs came and went — like former chief operating officer Tom Staggs — while Iger kept postponing exit plans. That scenario has made Disney’s fortunes and Iger’s presence appear inexorably linked.
Iger, now 69, has assembled such a vast arsenal that it’s reasonable to suggest Disney’s success will be about managing those enviable assets, at least in the near term, without much pressure to expand upon them.
The abrupt nature of the announcement can surely be second-guessed — if only by fueling skepticism about its origins — and can perhaps most charitably be viewed as ripping off a bandage. If this was the decision, why wait, especially with Iger around to assist in the transition?
Disney remains a company with enormous advantages and opportunities, but also one that — along with its studio brethren — faces serious challenges at this moment of industrywide transition.
Will the magic outlast Iger? For Disney’s sake, the company can only hope that the new Bob shares more than a name with the old one.