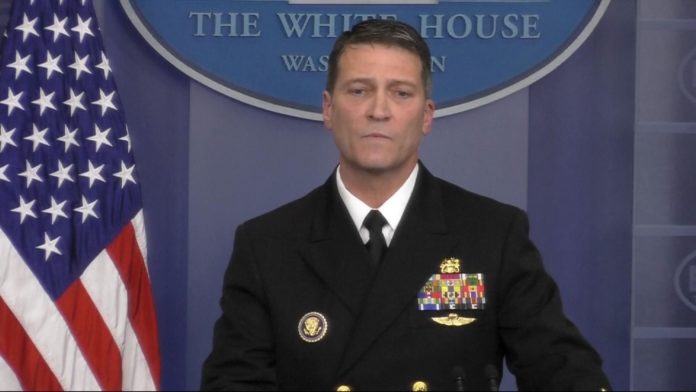 Donald Trump’s former physician has revealed he used to put cauliflower in the US president’s mashed potatoes in his failed efforts to help him lose weight.

Dr Ronny Jackson, who is now running to be a Republican congressman, has also said he wanted to introduce exercise machines at the White House.

His goal was to help Mr Trump shed between 10 and 15 pounds, who claimed he considered being on the golf course to be exercise.

Dr Jackson told the New York Times that one of his biggest regrets about leaving his position was not being able to follow through with his regime for the president, who had put on four pounds by his next check-up.

He said: “The exercise stuff never took off as much as I wanted it to. But we were working on his diet.

“We were making the ice cream less accessible, we were putting cauliflower into the mashed potatoes.”

Mr Trump took office at age 70, making him the oldest incoming US president.

He had asked for a cognitive test to be carried out as part of his first medical check-up after winning the race to the White House.

At the time, Dr Jackson said: “I feel very confident that he has a very strong and a very probable possibility of making it completely through his presidency with no medical issues.”

When asked how a man whose diet consists of so many hamburgers could be in such good shape, Dr Jackson had said: “It’s called genetics. Some people have great genes”, and claimed if Mr Trump had a healthier diet over the last 20 years, “he might live to be 200 years old.”

After his check up, President Trump was said to be in “excellent shape” for an American man of his age, with a “very reassuring” cardiac assessment, despite his height and weight (6ft 3in and 239lbs) giving him a BMI score that classes him as overweight – and dangerously close to obese.

President Trump does take medication in a bid to lower his higher-than-recommended cholesterol level of 233, as well as daily anti-baldness pills.