Home World These startups raised billions and then laid off thousands 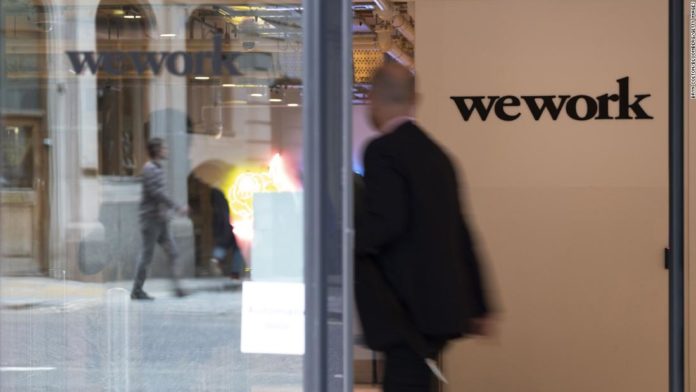 Shock and frustration are common feelings among startup employees now left in the lurch.
At Zume, the San Francisco-based startup best known for its pizza robots, a red flag went up in mid-December when some 2020 planning meetings were canceled. “All of a sudden, I couldn’t get answers,” a former senior employee told CNN Business. Weeks later, Zume laid off hundreds of workers and closed its pizza-making and delivery operations to focus on innovating around food packaging.
The former senior employee said the sentiment among employees about the layoffs is that it “got screwed by SoftBank” because it did not invest more money in the startup.
By writing such large checks to companies with such short track records, Softbank created an aura of kingmaker. Some employees said they had the impression it was prepared to be there for both the ups and the downs, the former senior employee said.
While Zume’s business had not reached its promise, the former employee said staffers, at least in part, assigned blame for the layoffs to Softbank for not investing more money beyond the $375 million raised in late 2018. “The mood was just sad. We all were building something amazing. It was like, ‘why is this happening?’
Zume declined to comment for this story. SoftBank declined to comment on this.
CNN Business reached out to other SoftBank-backed startups that have undergone layoffs in recent months; several sent or pointed to previously issued statements on layoffs. In those remarks, a few of the other companies similarly defended SoftBank.
There’s arguably been a change in tone out of SoftBank. Just a few years ago, Masayoshi Son, SoftBank’s larger-than-life CEO, reportedly told WeWork’s cofounders that the “crazy guy” wins in a fight over the “smart guy,” and they weren’t thinking “crazy enough.”
Earlier this month, Marcelo Claure, SoftBank’s chief operating officer who was installed as executive chairman of WeWork in late September, said on CNBC that “growth at any costs” has been a “misconception.” He added: “We like accelerated growth. We like companies that can take a lot of market share. And we like companies with a clear path to profitability and cash flow, just like any other investment.” He also said the Vision Fund’s performance so far “is great.”
The results to date tell a different story. SoftBank reported operating losses of $11 billion in the two most recent quarters combined stemming from its tech investments.

“Ill-conceived from the get-go”

While there has been talk for years of a bubble in the private market, industry watchers say SoftBank made it even worse by trying to pump billions into the market, often at high valuations. “There’s no doubt that there’s an excess amount of capital in the private markets and that it has been exacerbated by SoftBank’s Vision Fund,” said Kathleen Smith, principal at Renaissance Capital, which manages IPO-focused exchange-traded funds.
David Erickson, a senior fellow in finance at the University of Pennsylvania’s Wharton School, said the Vision Fund premise was “ill conceived from the get-go.” What was supposed to be the fund’s biggest advantage — its unrivaled size — may also have been its chief flaw. “The size of the fund has really put them in a situation where it almost necessitates they have to make these major bets,” he said. Now, we’re seeing what happens when some big bets fall short.
SoftBank is planning a second Vision Fund, but with some changes from the first. Son, on the most recent earnings call this month, said: “At the moment, I think that our next fund size should be a little bit smaller, because we have caused concerns and anxiety to a lot of people.”
Venky Ganesan, a partner at Menlo Ventures, which invested in some companies SoftBank later funded such as Uber, told CNN Business that while “it’s become really fashionable to go negative on SoftBank and Masa [Son] … the story is far from over.”
But, even if SoftBank can pull off another massive fund, some workers are having second thoughts about how much a big name and a big checkbook can guarantee success.
One of the former OYO recruiters stated a desire to go to an organization that’s been around for a longer time. “I might take a pay cut, but [I’ll] never again go to a startup, or a SoftBank-backed startup.”