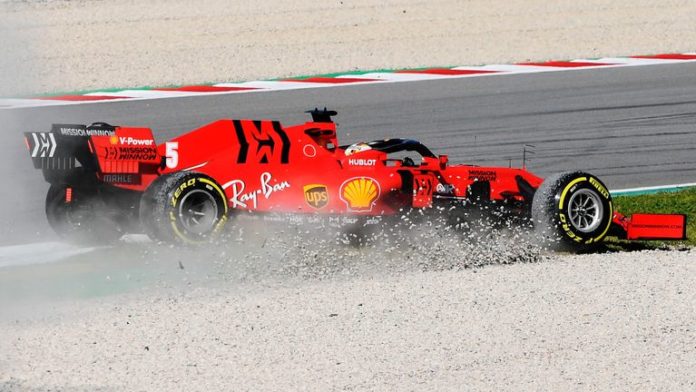 Robert Kubica was the surprise leader on a busy first morning of the final test of F1 2020 as he set the pace ahead of Pierre Gasly, Alex Albon and Lewis Hamilton, while Sebastian Vettel span off in the Ferrari.

The second week in Barcelona often sees the teams push their new cars that bit harder and it was Alfa Romeo who caught the eye before lunch on Wednesday, with Kubica – the team’s reserve driver – posting the third-fastest time of testing so far on the C5 tyre, the softest available.

Kubica topped the timesheets with a 1:16.942, some six-tenths faster than Gasly, Albon and Hamilton in the Mercedes who, like the rest of the drivers, were mostly focused on race runs.

Gasly and Albon’s times – for AlphaTauri and Red Bull – were encouraging considering they missed most of he sessions with reliability issues, although Mercedes were arguably the standout performers again with 89 laps.

Ferrari, sixth on the timesheets and second on the mileage charts, also had a positive morning – apart from a spin into the gravel from Vettel.

The German, who had several similar incidents last season, ran wide at Turn Eight and his car went around across the gravel, leading to a red flag.

That was the first red flag of the morning – the second was caused by an on-track stoppage from Nicholas Latifi in the Williams.

Lance Stroll was fifth and not far off the pace again for an impressive Racing Point.

Daniel Ricciardo and Carlos Sainz were seventh and eighth, while Romain Grosjean propped up the timesheets as Haas’ steady start to F1 2020 continued.