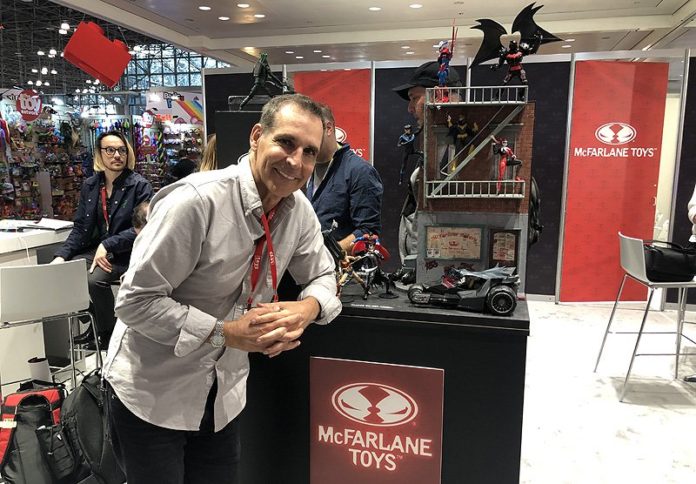 ComingSoon.net got the opportunity to catch up with legendary comic book creator and inker Todd McFarlane at this year’s Toy Fair to discuss his company McFarlane Toys’ latest figures as well as new lines for his iconic character Spawn. Figures from the showfloor can be viewed in the gallery below!

McFarlane revealed recently that his company has begun a Kickstarter to remake original figures from his long-running Spawn, which he describes as “interesting” as it is under a new banner entitled “McFarlane Masterwork” that will mostly come from crowdfunding, including a “continuity” to previous lines.

One of the goals McFarlane has with the toys is to help expand general consumers’ interest in different artists’ various renditions of iconic comic book characters, including DC Comics, with which his company has brought to life unique versions of the iconic heroes Batman, The Flash and Superman, amongst others.

“I can deliver classic if you want, but plenty of people have done it and plenty of people have done it very well,” McFarlane said. “I’m saying let’s do this because there is some surprising stuff that we put out. Now there’s two reasons for it. One, I think they’re good quality at a good price, but because nobody’s ever made them, it’s a surprise. So if you have a Batman collection and you’re willing to buy that because you go, ‘Man, I don’t have a Batman that looks like that.’ If people will buy the stylized stuff then I’d have access to a 70-year vault that Warner Brothers has opened up for me for everything they’ve done for The DC Multiverse. Do you know how many artists have drawn Batman? There are hundreds of stylized looks, so if people will buy new, interesting, stylized looks, shoot. I just hit the jackpot because I got 10 years’ worth of material that I’ll be able to do for all of these characters.”

While McFarlane has sought to highlight stylized versions of these heroes to life, he is unsure if he would want to do a full line of his own personal artistic vision for each character, but rather “sprinkle some of the stuff” he’s done over the years, including his versions of Superman and Batman. When it comes to exploring a new property to add to their company lines, McFarlane explained that from a “toy point of view,” their biggest criteria is to see “what will look good on a shelf.”

“To me, that’s almost more than anything else,” McFarlane said. “If you have a strong brand, you can get away with it looking bland, but to me, I’m like ‘Will it look cool on a shelf?’ There’s a reason I picked the Fortnite character I did, we’re going to go on a fish head floating on an astronaut’s body. It just looks fun. Who doesn’t want a banana guy? It just looks fun, right? This guy will look good in packaging right here, so there has to be the element of it looking good in the packaging and then, if it drops a little bit below that, you’d better have a heck of a brand atop it.”

In addition to creating a figure for the Vin Diesel-led comic book adaptation Bloodshot, McFarlane also is developing figures based on the iconic tabletop game Warhammer, describing his desire to bring new figures to life for the “strong brand” due to its rich lore.

“They’re super detailed,” McFarlane describes. “If it works, then there’s like a thousand characters. I like brands where it’s not based on one, it’s deep with literally hundreds and hundreds of characters. My figures would be bigger and more articulated. They did a great job with their scale that everybody grew up with. So this would just be like, ‘Welcome to the world of action figures.’ We’ll see how it goes.” 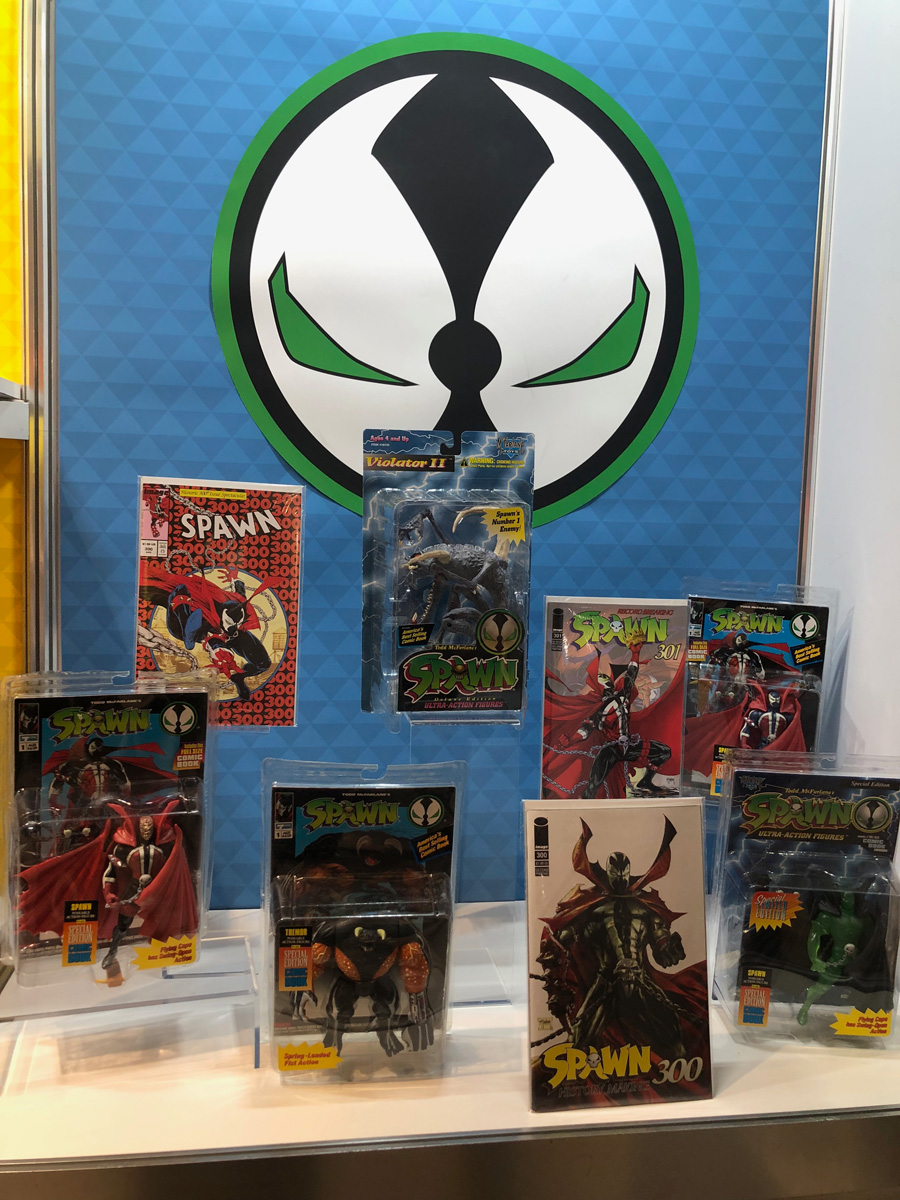 Why Do People With Alzheimer’s Go Back in Time and ‘Relive’ Their Past?