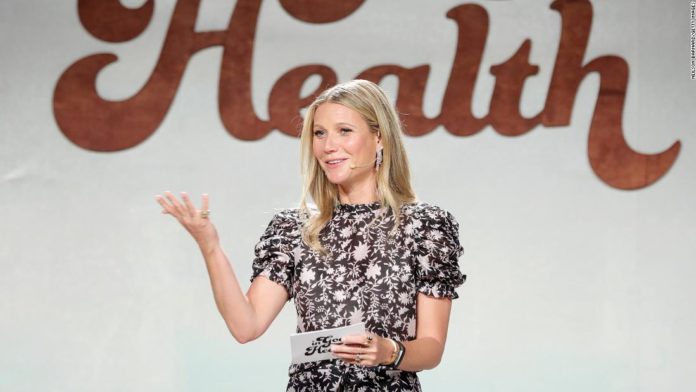 On her way to Paris, the actress posted a picture to Instagram showing herself taking precaution against the coronavirus.
“Paranoid? Prudent? Panicked? Placid? Pandemic? Propaganda? Paltrow’s just going to go ahead and sleep with this thing on the plane,” she wrote. “I’ve already been in this movie. Stay safe. Don’t shake hands. Wash hands frequently.”
The movie to which Paltrow referred is likely “Contagion,” the 2011 film about a quick-spreading pandemic that (spoiler alert) leaves Paltrow’s character dead in the first few minutes of the film.
It also starred Marion Cotillard, Matt Damon and Laurence Fishburne.
There are currently 59 confirmed cases of coronavirus in the United States, according to an update Wednesday by the US Centers for Disease Control and Prevention.
In the photo posted by Paltrow, she appears to be wearing an N95 mask, which is “very efficient filtration of airborne particles,” according to the FDA.
On Tuesday, Department of Health and Human Services Secretary Alex Azar explained that N95 masks are “mostly for health care workers.”
Regular surgical masks aren’t considered particularly effective in preventing coronavirus transmission by the CDC as they don’t filter smaller particles.
This info, seemingly got to actress Kate Hudson a little late. After posting a photo of herself wearing a surgical face mask on Instagram on Tuesday, Hudson commented on Paltrow’s saying, “At least you have the right mask!!!”