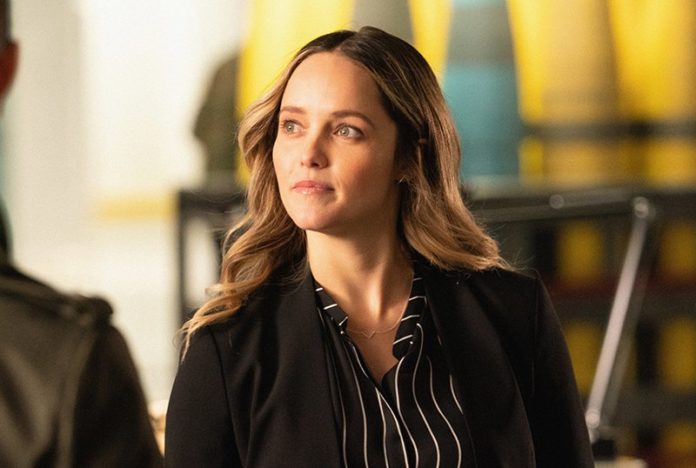 Rebecca Breeds (Home and Away, Pretty Little Liars, The Originals) has been cast as FBI Agent Clarice Starling in the CBS Silence of the Lambs sequel series Clarice, Variety has confirmed.

Set in 1993, a year after the events of The Silence of the Lambs, Clarice is a deep dive into the untold personal story of FBI Agent Clarice Starling as she returns to the field to pursue serial murderers and sexual predators while navigating the high stakes political world of Washington, D.C.

The character has previously been played by Jodie Foster, who won her second Academy Award for Best Actress for her role in The Silence of the Lambs, and Oscar winner Julianne Moore in 2001’s Hannibal.

Based on the novel by Thomas Harris, The Silence of the Lambs film was directed by Jonathan Demme (Rachel Getting Married) from a screenplay adapted by Ted Tally. Its starred Jodie Foster and Anthony Hopkins in their iconic roles as Clarice Starling and Dr. Hannibal Lecter. On top of its critical and commercial success with over $270 million gross worldwide, the film swept the top 5 major categories at the 64th Academy Awards including Best Picture, Best Director, Best Adapted Screenplay and Best Actor and Actress for Foster and Hopkins’ incredible performances. The role of Clarice Starling was taken over by Julianne Moore in Ridley Scott’s 2001 sequel Hannibal, and should the Hannibal tv series have continued producer Bryan Fuller wanted to cast Ellen Page as Starling.

The series will be written and executive produced by frequent collaborators Alex Kurtzman (Star Trek: Discovery) and Jenny Lumet, who are both also currently working together on CBS All Access’ upcoming series The Man Who Fell to Earth.

“After more than 20 years of silence, we’re privileged to give voice to one of America’s most enduring heroes – Clarice Starling,” Kurtzman and Lumet said in a joint statement. “Clarice’s bravery and complexity have always lit the way, even as her personal story remained in the dark. But hers is the very story we need today: her struggle, her resilience, her victory. Her time is now, and always.”