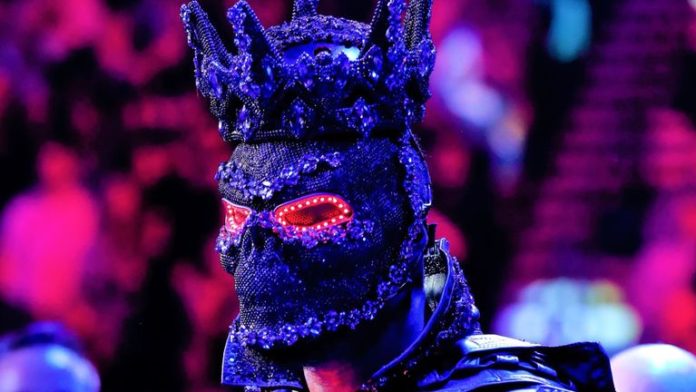 A whitewash defeat? Yes. But the ‘Bronze Bomber’ was a true champion who redefined the sight of the knockout punch, writes James Dielhenn

It isn’t natural, in the wake of a massive fight concluding so comprehensively, to spend time dwelling on the loser. The victor, in this case Tyson Fury, is too glorious and too mesmeric to divert attention away from.

For the beaten person in a fight of such magnitude, Deontay Wilder, there can be no more public examination of his soul. His heart and his limitations were laid bare on the biggest stage, he found out about himself when there was nowhere to hide in a fight that he had been building towards for more than a decade.

Shock, embarrassment, failure. There can’t be a more brutal way to lose in sport than a high-stakes boxing match.

There should, of course, be no shame in losing a fight that was a 50-50 beforehand. But the fall from grace in boxing is a harder landing than any tumble Wilder took in the ring with Fury.

The former WBC heavyweight champion has explained losing his title and his undefeated record clearly – his legs were “weak”, other “little things” happened in the build-up, the referee allowed Fury to foul, the towel should not have come in, and a 40lbs outfit designed to honour Black History Month worn during the ring-walk was “heavy” and tired him out.

Those explanations have hastened Wilder’s crash back down to earth but, out of respect to him, it is probably the sheer shock talking. His world was turned upside down just days ago.

He is luckier than most in his position – the option to invoke a rematch is expected to be taken so Wilder will have another chance. Not everybody does.

It is difficult to make a case for him beating Fury, so close to the whitewash of a result last Saturday in Las Vegas where Wilder lost every second of every round. But it is winnable for him.

In the court of social media judgement Wilder has wilted from the hardest punching boxer of all time to a complete novice overnight. It is perhaps no wonder that some champions think twice before risking their perfect record against a fellow unbeaten rival. We have seen Wilder lose in a manner that few expected, least of all the man himself who said with a straight face that Fury was lying about chasing a knockout.

He is still the fearsome knockout artist that flattened Dominic Breazeale and Luis Ortiz in terrifying fashion last year. He is still the man who floored Fury twice in their first fight, and was a split-second from a stoppage win in the now-infamous 12th round.

Last Saturday, Wilder came up against a tuned-in and fully focused Fury but there is no guarantee that the same ‘Gypsy King’ would turn up next time, for a fight which he may now expect to coast through.

But if Wilder is to resurrect his career he must change his mind-set quickly.

And ironically the example he may look towards is Anthony Joshua, the man who he has traded plenty of words with but regrettably never any punches.

Joshua was steadfast in his refusal to put an excuse on last year’s shock loss to Andy Ruiz Jr. Conspiracies emerged and were neither confirmed nor denied. Joshua’s silence created larger than life stories but also instilled a true hunger which he used to gain revenge in the rematch.

Wilder tweeted hours after Joshua’s loss: “He wasn’t a true champion. His whole career was consisted of lies, contradictions and gifts.”

By contrast Joshua has been dignified by saying nothing publicly after Wilder’s stumble.

Joshua kept faith in his trainer, Rob McCracken, and they strengthened their coaching stable after losing. Worryingly for Wilder there are cracks in his set-up that might not be salvageable – his head trainer, Jay Deas, publicly disagreed with his assistant, Mark Breland, who threw in the towel. Wilder has voiced his anger at the towel coming in. This now feels like an untenable position for someone.

Breland, by the way, is a former world champion and an Olympic gold medallist. His decision cost his man the bout but allowed him to fight another day. Whether he is retained in Wilder’s team on the basis of his decision is a sub-plot over the next few weeks – there will be some difficult conversations to be had back home in Alabama.

Wilder is still hot property. His 10 defences of the title are on a par with Muhammad Ali and Wladimir Klitschko. He has lost once in 44, he remains a nightmare for any heavyweight and that includes Fury if ‘The Gypsy King’ is anything less than 100 per cent dialled in.

He still has a right hand like a shotgun, a chin that withstands punches and, we learned last weekend, genuine bravery when he was pushed to the limit. Whether he has the overall ability to win his third fight with Fury seems doubtful in the hazy days after a historic result but, either way, he was a spectacular champion that continues to play a leading role in a must-watch heavyweight drama.