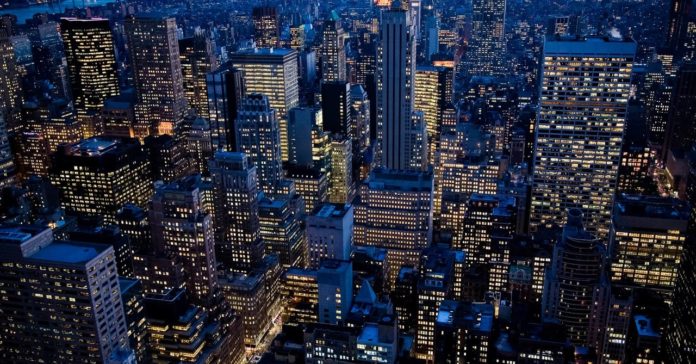 That aligns with the city’s findings. In New York, investigations have already uncovered more than one case where Guesty’s platform played an essential role in the day-to-day operations of illegal short-term rental empires. One high-profile scheme run by real estate brokerage firm Metropolitan Property Group, which earned more than $20 million unlawfully renting 130 Manhattan apartments to over 70,000 guests until city officials caught wind in late 2018, wouldn’t have been possible without Guesty, according to the city.

“Metropolitan Property Group used Guesty to help manage the majority of their illegal short-term rental accounts on Airbnb and generate millions of dollars of ill-gotten income from placing unwary guests in dangerous and unsafe conditions,” city officials noted in court filings Monday. “And scores of Guesty accounts have been associated with another still-ongoing investigation.”

“You’re not using Guesty in New York City if you’re renting out your own home occasionally; you’re using Guesty if you have multiple listings on a short-term rental platform that you’re trying to manage,” Christian Klossner, executive director of the mayor’s Office of Special Enforcement (OSE), told WIRED. “And as a result, they are getting a direct commission from the perpetuation of these illegal short-term rentals.”

Guesty formally opened an office in New York last year and has since hired nine NYC-based staffers, but it has yet to obtain the proper authorization to do business in New York state, which “may be independently unlawful,” the city noted in filings.

Concerns about NYC regulations were apparent even at the mostly upbeat Guesty cocktail event Thursday. At the evening’s marquee event, a panel and Q&A on “Stepping It Up A Notch: Transitioning From Run-Of-The-Mill Property Manager to Hospitality Expert,” things quickly went south once moderators opened the floor to audience questions.

“So I have a question regarding the regulatory landscape,” began one attendee. “I see a shift happening where a lot of localities are moving towards a phase two in regulations: Before it was all about licensing and getting permits, but now cities are rolling out limitations on where vacation rentals can be, how many there can be, and [other changes] in the name of safety and affordable housing.”

The crowd murmured. Some audience members turned around trying to identify who exactly was speaking.

The room fell silent. At least half the audience had now turned around to peer at the man who had asked the question. Others whispered to their seatmates. Soto, the Guesty CEO, quickly stood up from his seat among the audience, hopped onto the stage, and snatched the microphone from the moderator.

Soto launched into a response: “So, uhh I want to relate to this in two ways,” he began, swaying from side to side. “One is about demand. If demand doesn’t go down, the industry isn’t going anywhere.”

He told the crowd proudly that he had once asked a group of ten year olds if they had ever stayed in Airbnb. All of them had. “So, obviously there will be a demand for it, and therefore there will need to be a supply for it,” Soto continued, now grinning. “The industry isn’t going anywhere.”

“As for regulation, it’s hard to remember, but New York was the first to regulate alcohol consumption,” said Soto in an inexplicable (and technically inaccurate) reference to prohibition. “But that didn’t push that demand away. It just created alternatives! It’s the same thing.”

Attendees nodded. The underlying message was clear: Though short-term rentals may be effectively banned in NYC, like the prescient operators of those swanky speakeasies during prohibition, they’re also tapping into something that people want—and what’s wrong with that?