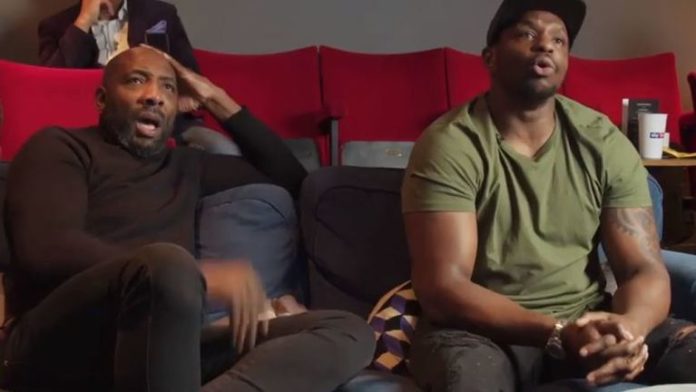 “You can’t take Povetkin lightly, he can punch”

Dillian Whyte must be in peak condition for a dangerous heavyweight showdown with Alexander Povetkin, says trainer Peter Fury who is fully aware of the Russian’s threat.

The Brixton man has announced his next fight against Povetkin in Manchester on May 2, live on Sky Sports Box Office, as Whyte intensifies preparations for a WBC mandatory title fight.

Peter Fury had trained his son Hughie for a frustrating loss to Povetkin, who appeared to edge the rounds with bursts of aggression during a points win last August at The O2.

“I gave Hughie the same instruction I would say for Dillian Whyte,” Fury told Sky Sports. “This guy faded after the mid-rounds, which he did, but Hughie couldn’t turn it up.

“Hughie did the same thing from round one to round six or seven, then you saw Hughie get tired, because he’s not mixing it, he’s doing the same thing.

“You can’t win world-level fights with the jab and moving around the outside. You need more than that.”

Whyte admitted he was far from his physical prime for a unanimous decision win over Mariusz Wach in December, and Fury says the 31-year-old needs more stamina for a brutal battle with Povetkin.

“Povetkin is a big puncher as well, he can hit,” said Fury. “I think when Dillian is super fit, he paces his rounds well. Povetkin might have a little bit of a head start, but Dillian Whyte has got a good jab, he’s come on a lot.

“You can’t take Povetkin lightly, he can punch. It will be an interesting fight, but Dillian Whyte needs to be in top shape for that fight, because if he comes in the shape he was against Wach, he’ll have a problem.

“But everyone has fights like that and I think that’s done Dillian Whyte good as well, because he knows he’s got to be in top shape every time. He can’t take any of these guys not deadly serious.”

Peter’s nephew Tyson Fury currently holds the WBC belt after his stunning stoppage win over Deontay Wilder, but Whyte must wait until February 2021 for his shot at the WBC title.

Asked whether Whyte deserves his opportunity, Peter Fury said: “Yeah, more than anybody out there. He’s come up the hard way, he’s took some good opponents on as well. He fully deserves maximum respect. I think he’ll come through Povetkin and he’ll get his world-title shot.”