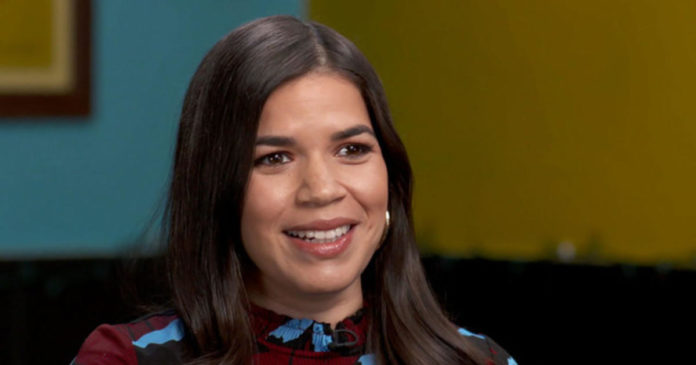 “We made this show to appeal to a very specific audience,” Ferrera said. “An audience like ourselves who rarely get to see ourselves on screen.”

The series follows three cousins trying to save their family’s taco shop as rising rent prices threaten to drive them from the neighborhood. Ferrera saw the idea as a way to celebrate diversity in the entertainment industry as well as her Latina roots.

“I really saw my experience and my identity struggles in what they had written,” she told CBS News’ Mireya Villarreal at the restaurant that serves as the taco shop’s exterior.

Ferrera had grown up in Southern California wanting to fit in while also craving a connection to her Honduran heritage. She said the “push and pull” of gentrification – the tension it creates between progress and history – was an issue she had “lived with internally [her] whole life.”

Gentrification is also a prominent issue in the East Los Angeles neighborhood of Boyle Heights, where the series was filmed.

Ferrera said that focusing on Boyle Heights and the pushback they might receive from residents was something the series’ production team considered.

“Does it help to talk about this issue, to spotlight Boyle Heights, does it hurt?” she asked. “I think those questions are all very alive and explored in the series.”

The actress said that her interest in taking on the show also came from a need for telling a wider range of experiences.

“My genuine heart’s desire is to tell stories that haven’t been told. We learn to see ourselves in Tom Hanks, and Julia Roberts, or whoever you have,” she said. “But there’s no reason why we can’t also have genuine, authentic reflections of who we really are.”

“It’s hard to get stories about people like us made,” Ferrera said, referring to Latinos. “And then to get those stories told by us is very, very uncommon. To get to tune into this series and see a whole brand new cast full of incredible talent, that’s a win.”

The 35-year-old, pregnant with her second child, is mindful about the society she wants her kids to grow up in and hopes the show will help create a world where Latinos feel empowered both on and off screen.