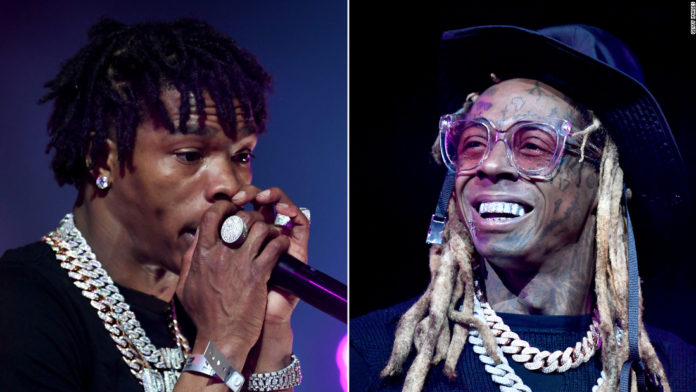 There’s fire, stormy weather, diamond dice, plenty of bling and an angel dressed in black.
Lil Baby posted about the collaboration on Instagram, captioning a pic with Lil Wayne, “Rare Pic Of The GOAT An The Baby GOAT.”
The pair have teamed up in the past and can be heard rapping together on “I Do It” off Wayne’s album, “Funeral.”
Of the latest album, Lil Baby recently said on Instagram: “I called it ‘My Turn’ because I feel like everybody else had a lil’ turn. It’s my turn now. Everybody dropped their mixtapes, their albums go number 1, number 2, number 3.”
The full album also includes “Catch The Sun,” “Heatin Up,” “Woah”,” and “Sum 2 Prove.”
The song “Catch the Sun” is also on the “Queen & Slim,” soundtrack.