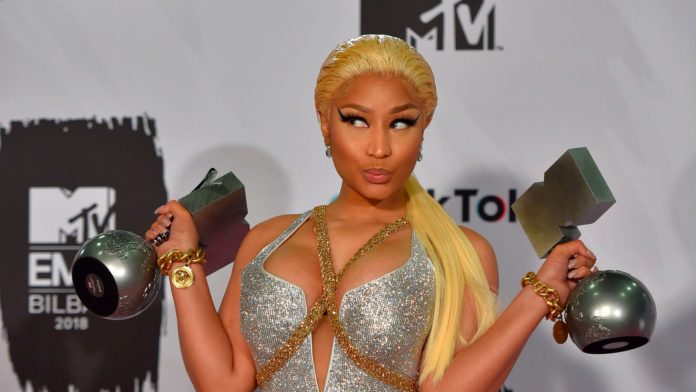 Rapper Nicki Minaj’s husband has been arrested for allegedly failing to register as a sex offender, prosecutors in the US have said.

Kenneth Petty, who married Minaj last year, denied the allegation after handing himself in to US marshals in Los Angeles, California, on Wednesday, according to officials.

He was convicted of attempted rape in 1995. It is alleged he failed to register as a sex offender after moving to California from New York.

The US Attorney’s Los Angeles office said Petty appeared in court shortly after handing himself in and pleaded not guilty to one count.

Minaj, 37, best known for hits including Super Bass, Starships and Anaconda, began dating Petty, reportedly a childhood friend, towards the end of 2018.

The relationship proved controversial due to his criminal background, but last year the star announced she would be “retiring” from music to start a family.

In a tweet, she wrote: “I’ve decided to retire & have my family. I know you guys are happy now. To my fans, keep reppin me, do it til da death of me, in the box- cuz ain’t nobody checkin me.

“Love you for LIFE.”

Sex offenders are required to register in the US by the Offender Registration and Notification Act (SORNA), and must “update their registration in each jurisdiction they reside, are employed, or attend school”.

Failure to register is considered a federal crime.