Home Culture Lizzo hits out at TikTok for ‘removing bathing suit videos – but... 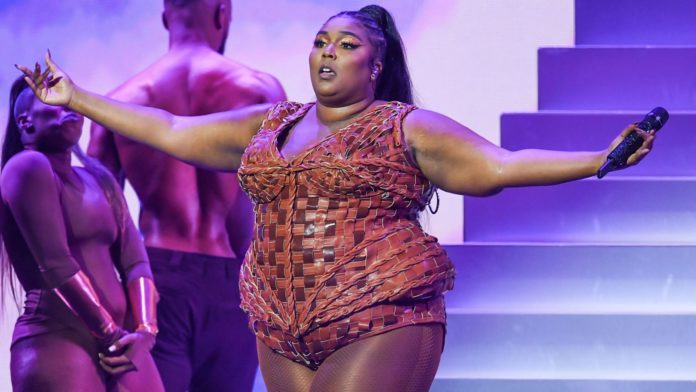 Pop star Lizzo has hit out at social media video sharing app TikTok, saying the site has taken down videos she has posted wearing a bathing suit.

The singer, who has had hits with Juice, Truth Hurts and Good As Hell, claimed the platform does not remove similar videos of other women.

In a captioned video shared on TikTok, the Grammy-winning star lip-syncs the words “I know”, and writes: “TikTok keeps taking down my videos of me in my bathing suits.

“But allows other videos with girls in bathing suits. I wonder why? TikTok…we need to talk.”

Since the video was posted on Tuesday, it has been watched more than 9.4 million times, and been commented on more than 15,000 times.

Lizzo, 31, is renowned for promoting body positivity and embracing skimpy costumes on stage.

In an interview with the Sunday Times at the weekend, the star said she had “come to terms with body dysmorphia and evolved”.

“The body-positive movement is doing the same thing,” she said. “We’re growing together, and it’s growing pains, but I’m just glad that I’m attached to something so organic and alive.”

The star performed at the Brit Awards in the UK last month. She missed out on the best international female prize to Billie Eilish, but showed her support for the teenage star, cheering her on while she was on stage.

At the Grammys in January, she picked up the awards for best pop solo performance, best traditional RnB performance and best urban contemporary album.

TikTok was launched three years ago and has quickly built up a large and young user base with videos featuring dancing challenges and lip-syncing.