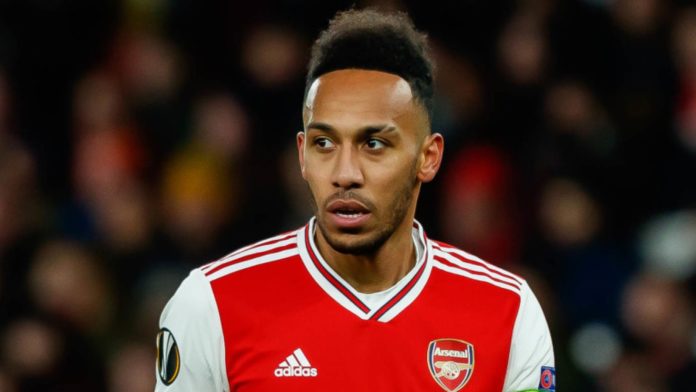 Arteta: “We will have to do that at some stage before the end of the season for sure and we will see the intentions that we have [and] his intentions”

Mikel Arteta believes Arsenal need to sit down with captain Pierre-Emerick Aubameyang before the end of the season and thrash out a new deal.

The 30-year-old has scored 20 goals in all competitions for the Gunners so far this season, at least double the amount of any of his team-mates.

Speaking last week, head coach Arteta insisted Aubameyang – whose contract expires at the end of the 2020/21 campaign – has to be considered a world-class talent despite not yet winning any silverware at the Emirates Stadium.

Arsenal will be keen to tie their talisman down to a new contract and avoid losing him on a free as they did with Aaron Ramsey last year.

Now Arteta has urged those talks to take place sooner rather than later to make sure they keep hold of the Gabon striker.

“We will have to do that at some stage before the end of the season for sure and we will see the intentions that we have [and] his intentions,” Arteta said.

“Where we are sitting in [the table at] that moment. I think it is difficult to predict that context right now. For me it is very easy. I want to keep him under any circumstances.”

Reaching the Champions League would be seen as a way of boosting the chances of retaining Aubameyang’s services – but Arsenal host West Ham this weekend sitting 10th in the table.

Their other route was cut off following their shock Europa League exit at the hands of Olympiakos last week.

Aubameyang was left visibly upset after missing a fine last-gasp chance to send Arsenal through but Arteta has revealed the former Borussia Dortmund forward is now over the disappointment and ready to kick on.

“He was down. He felt responsible for what happened,” he said.

“We all tried to convince him that even though he had the best chance of the game, he was the one who put us in that situation earlier.

“He’s done it on many occasions this season and last season. We need him happy, smiling and full of energy. That’s the way he’s looked for the last few days.”

Having sat out Monday’s FA Cup fifth-round win at Portsmouth, Aubameyang is expected to return to the starting line-up for the visit of the Hammers.