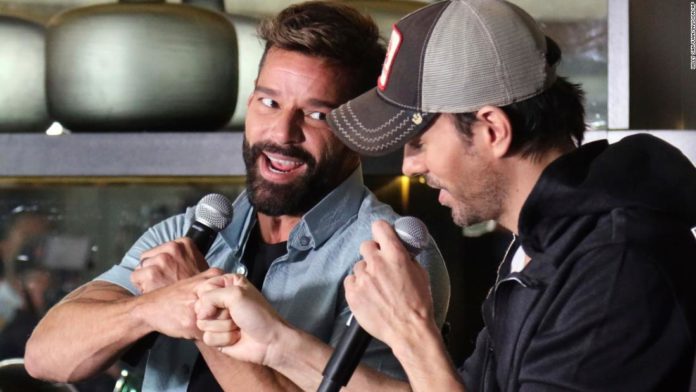 The Latin singers held a press conference for the joint tour at The London West Hollywood hotel on Wednesday, and announced the news for their fans on Instagram.
“I am so excited to announce my 2020 Tour with @enriqueiglesias and special guest @sebastianyatra!!! #EnriqueRickyTour,” Martin posted to Instagram.
The “She Bangs” singer and Iglesias will kick off the tour on September 5 in Phoenix and will hit Houston, New York, Miami, Los Angeles, Toronto, Arizona, Las Vegas, Boston, and Washington. They will land in Atlanta on Oct. 30 to wrap up the tour. Joining them will be Colombian pop star Sebastian Yatra.
Tickets for the shows go on sale March 12.
Martin has an album set for release in late 2020. Iglesias welcomed his third baby with Anna Kournikova in February.