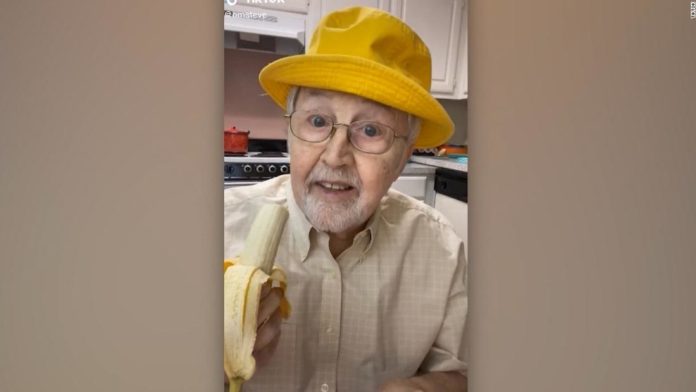 Meet Stephen Austin, who as “Old Man Steve” is perhaps TikTok’s unlikeliest star.
“People want to know what the secret is. I don’t know that there is a secret,” Austin told HLN in an interview Wednesday. “You just have to be yourself and if people like you then they’re going to watch you.”
The 81-year-old cook, who sports brightly colored bucket hats, has built a following amongst the younger set for videos that show him always cooking up a meal.
The Dallas, Texas, native started out making TikTok videos that showed him preparing a sandwich. He learned how to use the app by simply Googling it. When most users shot videos that show them learning the latest viral dances, Austin decided to make meals instead.
His segment “Cooking with Steve,” where he makes simple dishes like turkey sandwiches, English muffins, and Corn Flakes with a banana, have been liked by nearly 6 million TikTok users.
“I’m not really cooking,” he admitted. “I made a bowl of cereal.”
But no matter what he’s doing, it’s his wholesome attitude and sense of humor that his fans appreciate.
Although he doesn’t have any kids himself, many of his followers consider him their internet grandpa.