Home Lifestyle If You’re a Lazy Boy Like Me, Loafers Are the Perfect Way... 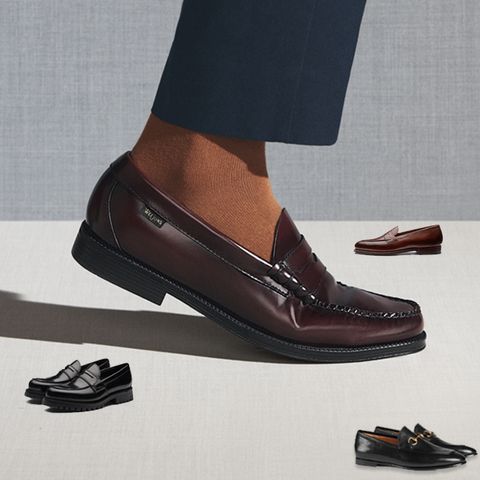 My schedule is very full. And that’s not to brag of a fast-paced metropolitan life, in which I spring forth from cabs, twirling around with shopping bags in each hand to the tune of Nick Gilder’s “Hot Child In The City” (my grandparents still believe that to be an accurate depiction). My life is not like this. Instead, it largely consists of birthdays and weddings and bachelor and bachelorette parties (look, I’m a modern man y’know) and dinner plans, with the occasional train back to God’s Own Country. But I don’t want this. For I am, at my truest, a very lazy boy.

This extends to my choice in footwear. As someone who likes lying down a lot, my day-to-day rotation consists of battered Reebok Classics, bubblegum Adidas Originals and inflated Puma Storms—all cool sneakers, and all far too comfortable to be considered proper. They work well with a suit for show season, in that high-low mix that doesn’t really thrive beyond actual show season; less so in meetings and the sort of fancy dinners where they offer to take your coat. Rigid lace-ups are just too much for my lazy soul to bear. And don’t talk to me about the arduous Peruvian weaving technique that is fastening a monkstrap. Instead, I sidled up to the loafer. 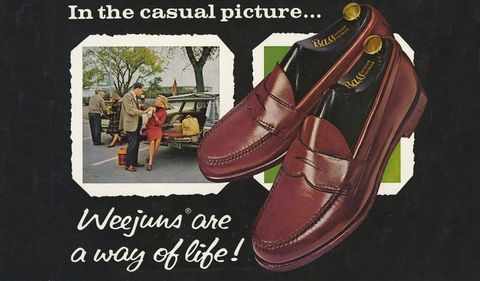 What G.H. Bass loafers looked like then. Which is very similar to what they look like now

Defined by its moccasin shape, flat heels, and a fortunate lack of laces, the loafer’s roots aren’t easily traced. Some say that we can thank the Norwegians, who dreamed up a simple, low-key slip-on for native storm-weathered fisherman. Travelers took note. Savvy Oslo opportunists began selling their own. And soon enough, the design was formalized in 1876 by G.H. Bass in the form of the Weejun (who still make very great loafers today, in leather, by hand).

From the milds of New England, to the wilds of Milan. In 1953, Aldo Gucci (yes, that Gucci) did what the Italians do best, and gold-plated the loafer, adding a horsebit accent to the classic, quieter loafer shape. It was all very ritzy. So much so, that the Gucci loafer has pulled off the most ambitious crossover in history by uniting people who refer to this time of year as “spring/summer’, and airline lounge passengers that refer to this time of year as “close of Q2.” A lot of my colleagues, then. 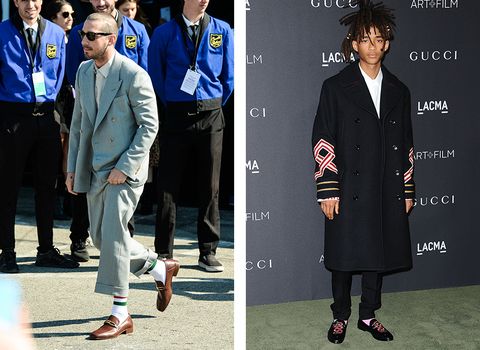 What’s more, the buttery soft design of Gucci’s loafers lends itself well to the off-duty. Here, we’ve a shoe that, by all intents and purposes, is for fine events and fine outfits and living a fine life. But by simplifying the silhouette (and our expectations) of a dress shoe, it dilutes excess formality. It’s also easily worn elsewhere, too, as loafers become a ’90s form of time travel when below white socks and cropped stonewash jeans. A trend piece and a wardrobe staple. The crossover grows more ambitious by the minute.

Loafers are versatile, too. Just as comfortable with your civvies as they are your tailoring, loafers have a special ability to convey a semblance of an effort, while simultaneously projecting that you haven’t even made an effort at all. Yes, the echoes of effort are indeed there (more so than they would be with Adidas Originals), but it’s all a bit louche. And to be louche is, ultimately, to be well-dressed. 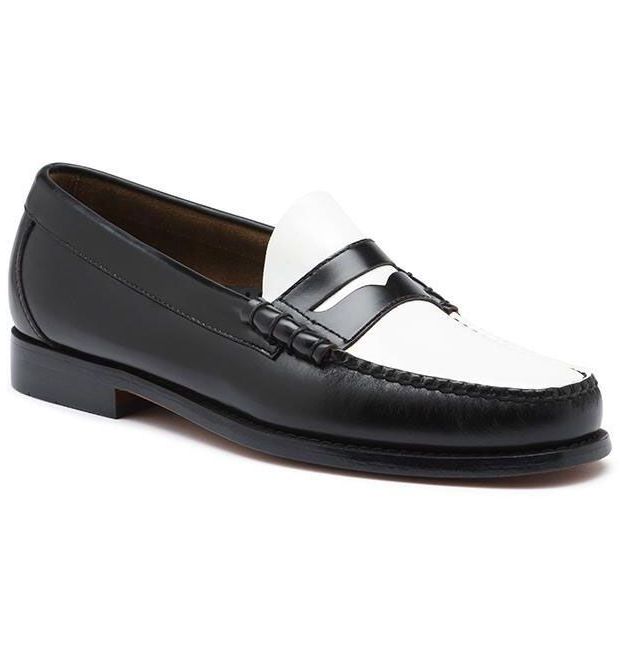 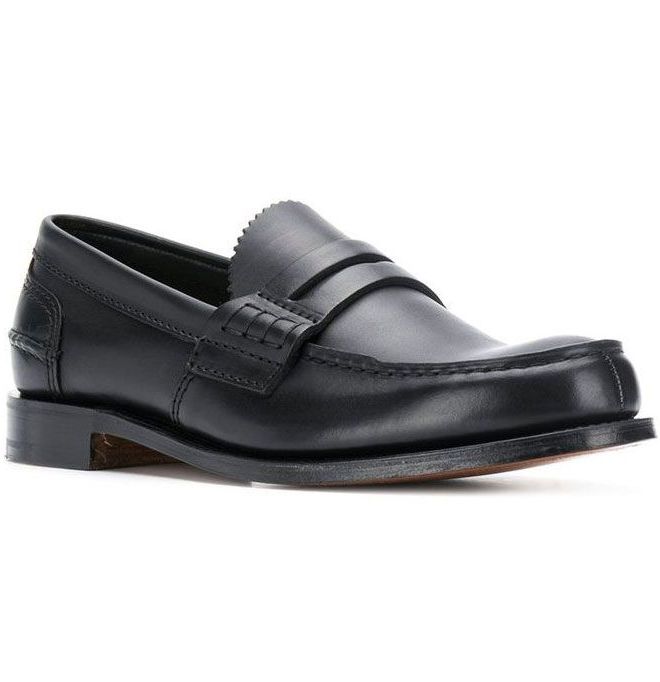 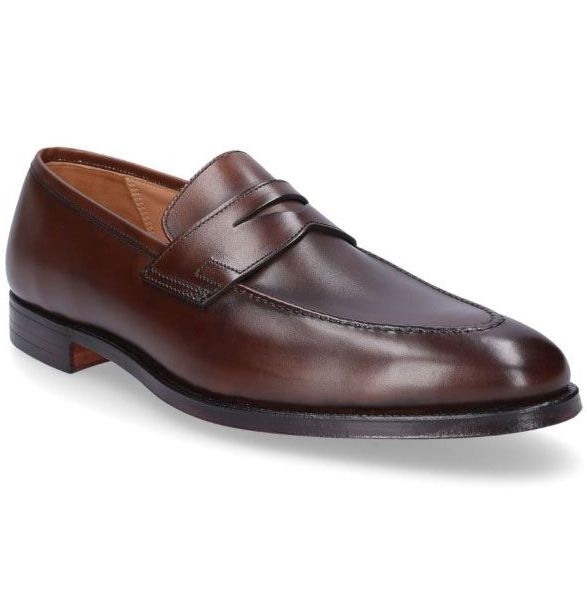 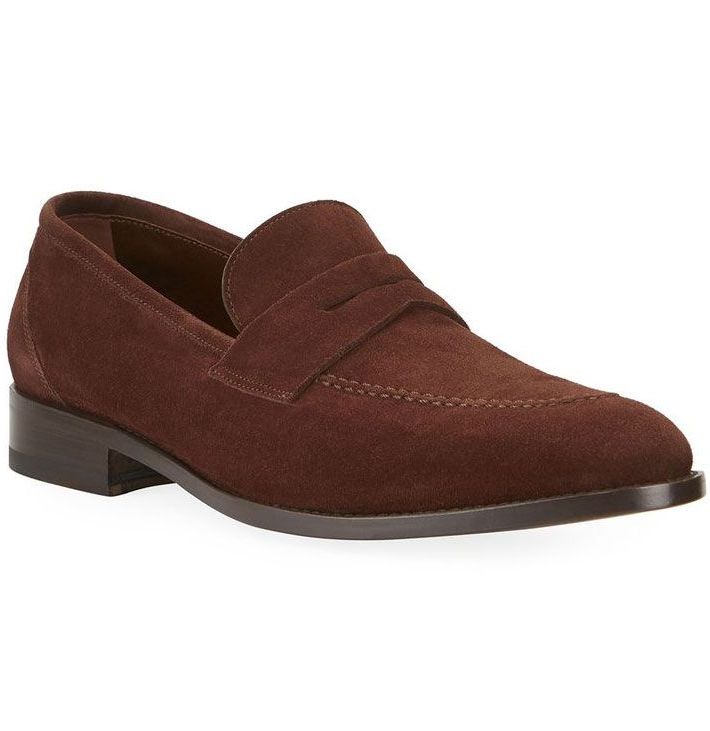 Meanwhile, I’m often on the cozier side of louche. “Schlumpy,” as I think it’s most commonly known. Which is fine—no, is perfect—for the rugby shirts and wider legged jeans and white tennis socks in which I so often dwell. The new prep trend even rewards schlumpy. But for the rugby shirts under black suits and the wider legged black trousers, there has to be some polish. Natural polish. The not-too-try-hard polish. The I-drink-Chateau-Margaux-1787-all-the-bloody-time polish. Loafers provide such a commodity in full.

There are so many options. Louis Vuitton’s Major loafers live up to the name, giving the calfskin design a lick of navy blue paint. Of course, there’s the aforementioned Gucci and G.H. Bass iterations. Manolo Blahnik has many a nice pair. So too Church’s and Crockett & Jones. And even new-ish gen designers like Martine Rose, Hereu, and Alyx have released their own take—such is the power of the easiest, smartest, simplest shoe in the world.

I’ve even got several pairs. Yes, I! They sit, quiet show offs, in-between a silly amount of sneakers. Sometimes they’re even picked up on days when I don’t have dinners, or weddings, or a very important meeting at work, worn as naturally as any wizened Reebok Classic. Granted, I’m still a very lazy boy. But after loafing around all day, at least I’m a smarter one.