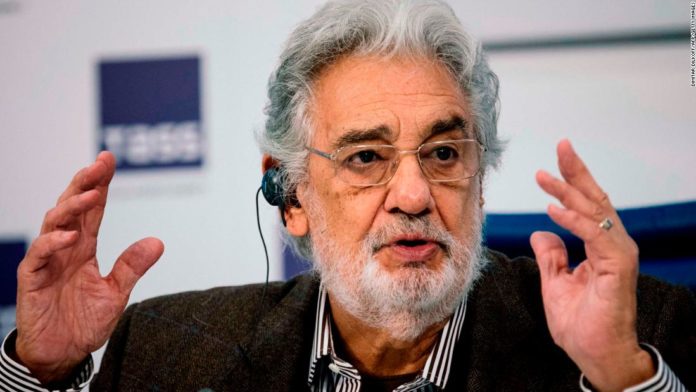 The 10 accusations of inappropriate behavior, which were said to have taken place between 1986 and 2019, were found to be credible, in part because of the similarities of the details the women shared, the statement said.
CNN reached out to a spokeswoman for Domingo, Nancy Seltzer, who declined to comment at this time.
An independent investigator interviewed 44 people, including those reporting misconduct, and collected about 500,000 documents, according to the statement. Domingo, the opera’s former general director, willingly participated in an interview but denied the allegations.
While some of the women said they felt discouraged to report Domingo’s behavior because of his stature, the LA Opera said the investigation did not find evidence that Domingo ever retaliated against any woman by not casting her or hiring her, nor did he engage in quid pro quo behavior.
The investigation found that the opera’s sexual harassment policies and procedures were sufficient, but that implementation of the policies was flawed, the statement said.
The LA Opera said it will make changes to improve its reporting policies and thanked the women who came forward.
“At the outset, we at LA Opera thank all of the women who came forward to share their stories. Their openness, perspective and candor will effect real change,” the statement said.

Domingo resigned from his position as the director of the opera after allegations were first publicized in August.
The American Guild of Musical Artists hired an investigator who concluded last month that he made inappropriate sexual advances. Domingo initially disputed the allegations but apologized shortly after the guild announced its findings.
“I have taken time over the last several months to reflect on the allegations that various colleagues of mine have made against me,” Domingo’s statement reads. “I respect that these women finally felt comfortable enough to speak out, and I want them to know that I am truly sorry for the hurt that I caused them.
“I accept full responsibility for my actions, and I have grown from this experience. I understand now that some women may have feared expressing themselves honestly because of a concern that their careers would be adversely affected if they did so.
“While that was never my intention, no one should ever be made to feel that way. I am committed to affecting positive change in the opera industry so that no one else has to have that same experience. It is my fervent wish that the result will be a safer place to work for all in the opera industry, and I hope that my example moving forward will encourage others to follow.”

CNN’s Jason Hanna and Joe Sutton contributed to this report.