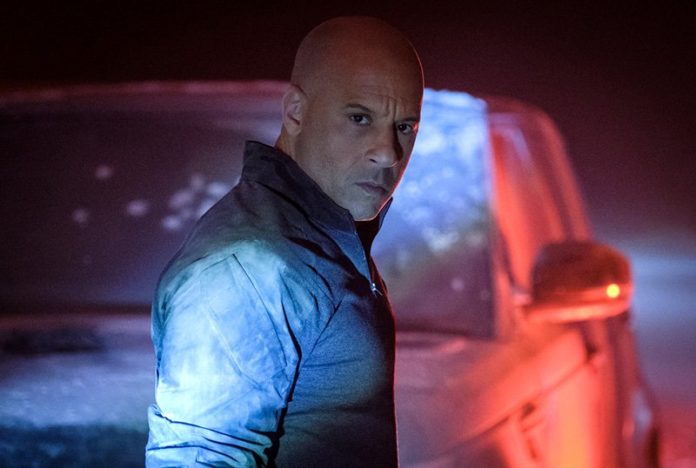 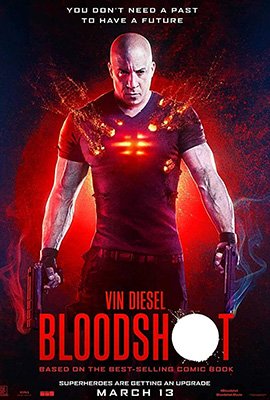 Ray Garrison is a highly effective and accomplished killer for the U.S. Marines. After another successful mission saving the life of a fellow Marine that was held hostage, Ray is welcomed back to the open arms of his wife, Gina. Spending every minute possible together before Ray gets another call into action, each day is bliss. Until one morning while Gina is out getting breakfast, Ray is attacked and captured by unknown assailants. Waking up tied to a chair in a meat locker, Ray is questioned by his mysterious captor as to who gave up the information surrounding the location of his last mission. When Ray refuses to answer, Gina is brought in and murdered on the spot. It isn’t long before Ray’s life is taken, too.

This isn’t the end for Ray though. He is brought back to life by Dr. Emil Harting, who has replaced Ray’s bloodstream with enhanced nanobots that can repair his wounds in an instant, as well as give him super strength and a direct connection to the world wide web. Though rebuilt, he has no memory of Gina or his past life. While training with Harting’s other elite soldiers, Ray’s memories start to come back and he takes his new skills and powers and sets out to take his revenge on those that murdered his wife and destroyed his life.

Ok, let’s just get this out there, front and center. Not much really works when it comes to Bloodshot. To talk about the positives means we have to talk about some negatives from the get-go. The opening 20 minutes of Bloodshot might be the most cliche heap of mushy sentimental/action trope garbage that has been displayed on screen in a long time. Pulled from the annals of sun-glassed, crew cut 80s nostalgia; Bloodshot is as unoriginal as humanly possible. But then, about halfway through the journey, the story begins to unfold and it seems that these memories of Ray’s life are slightly manufactured. A character is even chided for writing such a hokey script. So it was intentional these early scenes were so paint-by-numbers, and I guess that’s a good enough reason to be a little forgiving for the absolute sludge one has to sit through to start off this tale.

Once the plot finally kicks off and Ray gets to stretch his legs and test out his new abilities, things do start to pick up a bit. The first big action sequence, while a little too flashy for its own good, still is entertaining enough as Ray takes on a small army of personal security experts through a sea of flour that has poured out of a tractor-trailer he jack-knifed to trap his first target in an in-escapable hate tunnel. The red glow of car brake lights reflects off every tiny molecule of flour filling the air like falling snow is a great backdrop for man vs. gang ass-kicking, and it delivers what it promises–but it’s nothing revolutionary or jaw-dropping; it simply is just passable.

Now, to talk about the final morsel of interest that Bloodshot has to offer, we need to get into spoiler territory, so avert your eyes now if you don’t want to know one of the big (yet way too obvious) plot twists. Surprise, surprise, Dr. Harting didn’t save Ray’s life as some kind gesture or to recruit him to be part of a crime-fighting super force. Dr. Harting is using Ray as his own personal weapon of revenge. I know what you’re saying, “What is so notable about that?” Well, Dr. Harting is played by Guy Pearce. Maybe Pearce’s casting in this role was done solely for the purpose of being a call back to his role in Memento; a film in where Pearce’s Leonard Shelby is used as a tool to murder others by the manipulative Teddy. As Harting, Pearce becomes the Teddy to Diesel’s Ray/Bloodshot. It is an interesting little factoid that piques my interest over any other facet of the entire runtime of Bloodshot.

Isn’t it obvious already? Bloodshot is highly un-original and painfully predictable in every sense of the word. Even though the film wants to play off an aura of self-awareness when it comes to its all too familiar scenarios, it’s clear that there was no actual clever vision to back it up. I already spent a good 30 seconds rolling my eyes as Toby Kebbell joyfully shuffles his way through an aisle of frozen sides of beef on his way to torture Ray whilst Talking Heads’, “Psycho Killer” blares from an antique radio, like it was some revolutionary take on Reservoir Dogs’ infamous, “Stuck in the Middle” with you scene. When you come back 30 minutes later to let me know it was all for a 3-second joke about poor writing within your movie, it doesn’t all of a sudden make it a brilliant move.

Character development is also just a big joke, all around. For Ray, it doesn’t really matter, his memory is shot and unreliable; discovery for him is the name of the game. For every other character though, nothing makes any sense. There are throngs of low-level employees working their fingers to the bone to help some jack-ass enact his blood-soaked revenge on his ex-business partners because they tried to copy his research. Every comic book villain has a cadre of henchmen that they need to manage from day to day, but when did Janet from HR have no issue becoming party to cold-blooded murder? And sure, the lieutenants in this strange family of murderers owe their lives to their not-so-fearless leader, but it really seems to be a far jump from lending a hand to being party to homicide so willingly.

In a world of comic book films dominated by Marvel and DC, it’s expected that adaptations from the medium stick closely to the source material or they become subject to ire of diehard fans that have waited to see their favorite characters come to life. While the comic version of Bloodshot is a tool of revenge and was brought back to life by the same company in book and film, much of the story/characters are very different and it seems like an odd choice when attempting to make a cinematic universe based on the character. Yes, if the box office returns are good and sequels are made as planned, the exploration can fix/retcon some of these changes, but it is still an odd foot to start off on.

Bland, uninventive, and tired, with little to offer in terms of story and originality, Bloodshot does very little to differentiate itself from a crowded pack of comic book films that have dominated the box office for years. It has arrived with a gaping wound that no amount of nanobots can fix as it bleeds out on the theater floor.

Bloodshot opens in theaters this Friday!