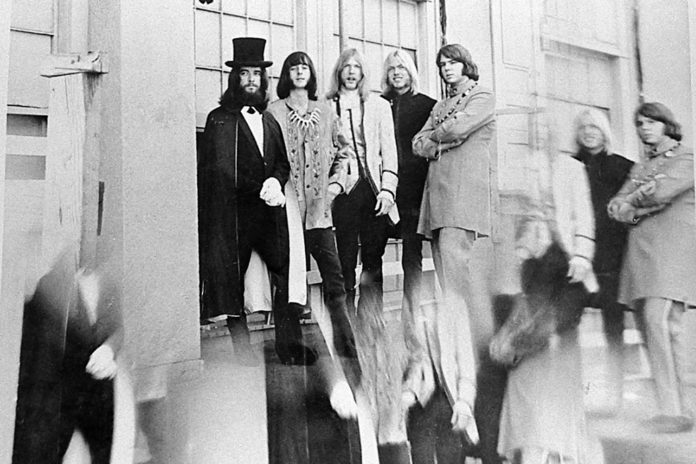 At Madison Square Garden last night, Al and Mitch from Saratoga Springs, New York, came prepared. Both longtime Allman Brothers Band fans who had first seen the group in the Seventies, they had their tickets in hand for “The Brothers: Celebrating 50 Years of the Allman Brothers Band.” Yet like everyone around them, they knew this would not be a normal night for music. Al, a Labor Department employee, pulled out a baggie his wife had stuffed with wipes, which he was planning to use to dab his seat.

“Gregg was offered the choice of getting medical treatment or keep singing, and he chose singing,” Al said of the late Allmans frontman, who died of liver cancer three years ago. “If he could make that sacrifice, then I could come down to see this show.”

Announced in early January, before the word “coronavirus” had infiltrated the culture, the Brothers show was unconventional from the start. The show would bring together the surviving members of the last lineup of the Allmans before their 2014 breakup: guitarists Warren Haynes and Derek Trucks, drummer and surviving co-founder Jaimoe, bassist Oteil Burbridge, and percussionist Marc Quinones. It would essentially be an Allman Brothers Band gig without any actual Allman family members participating, but the show — conceived by Jaimoe — was also a way to commemorate the 50th anniversary of the band and its legacy.

Song You Need to Know: Gregg and Duane Allman’s Cover of ‘Norwegian Wood’ 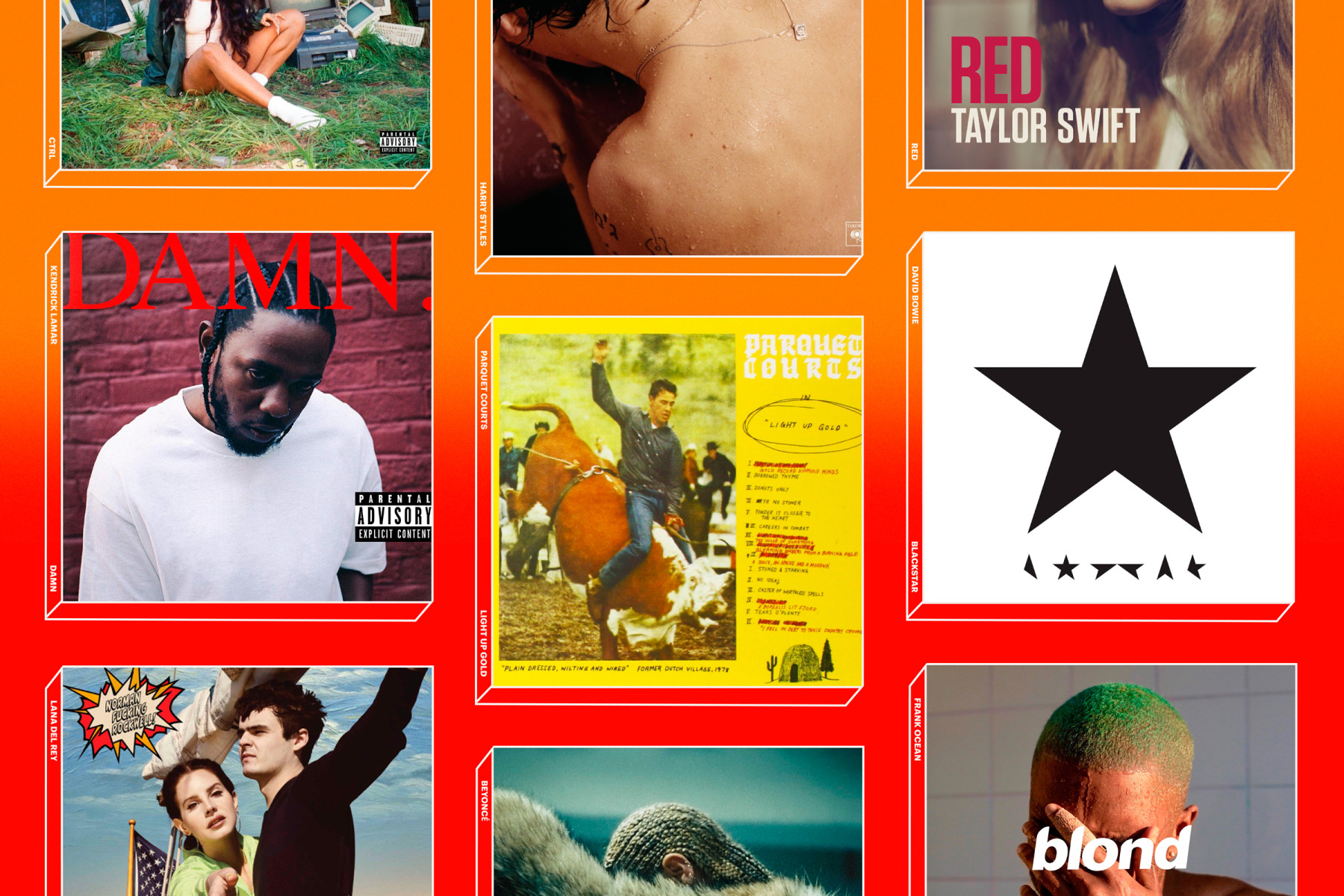 ‘Let It Bleed’: Why the Stones’ Nastiest Masterpiece Feels Right on Time

Adding to the unease, organizers of Coachella and Stagecoach announced just before the show that both festivals would be delayed until the fall. At the Garden, a few face masks were spotted in the crowd, and in one of the men’s rooms, a fan exclaimed, “Everyone’s washing their hands now!” at the line for the sink, where another fan instructed him to perform the task for 20 seconds.

Hardly the most upbeat circumstances for any major cultural gathering, but thankfully, the music temporarily erased the events outside the Garden from everyone’s brain (to the point where no one was seen using Purell after touching hand railings). During the course of four hours — two sets separated by a half-hour break — the Brothers paid bristling homage to the Allmans legacy in what amounted to a musical wake: an inspiring and often moving send-off to a band and the genre it pioneered.

From the start, the show was austere and respectful. A mushroom-shaped display with lava-lamp–like visuals hung over the stage, but otherwise the set was spare and the mood down to business. (Two video screens above the stage experienced glitches, and for long stretches neither screen was on at all.) Serving as frontman, Haynes said little other than, “How are you feeling out there? We are excited for this night — really looking forward to a long evening of music,” and toward the end of the night, Jaimoe emerged from behind his drum kit to thank the crowd.

As it always was with the Allmans, the focus was on songs and musicianship, and in another nod to the olden days, the bulk of the set list stuck to the band’s 1969–1973 heyday. As they had when Gregg was still alive, Haynes and Derek Trucks alternated lead and slide guitars, picking up where Duane Allman and Dickey Betts had left off after Duane’s death in 1971. Even with drummer Duane Trucks filling in for his late uncle Butch, who committed suicide in the months before Gregg’s passing, the music felt effortless; these men have performed these songs countless times, and they barely broke a sweat. (The core lineup was rounded out by organist Reese Wynans, known for his stint with Stevie Ray Vaughan’s Double Trouble but also with the Second Coming, the pre-Allmans band featuring Dickey Betts and the late Berry Oakley; Wynans was almost in the original ABB before Duane decided the group didn’t need two keyboard players once Gregg signed up.)

But perhaps because the concert may be a one-time event  – there are currently no plans for further shows or a Brothers tour – the players also brought plenty of firepower, heard in fierce first-set versions of “Trouble No More” and “Don’t Keep Me Wonderin’.” As if paying tribute to the songs and the arrangements, those renditions stuck close to the recorded versions; Haynes’ husky voice recalled Gregg’s at times. (Somewhat surprisingly, Burbridge, who has sang lead or two with Dead & Company, only contributed a backing vocal to “Revival.”)

On “Come and Go Blues,” the band was joined by Chuck Leavell, the band’s post-Duane keyboardist, who brightened up that song as he had on the original recording; as expected, he resurrected his glistening solo on “Jessica.” Dickey Betts had been invited but was unable to attend; in his place, Leavell sang Betts’ part in “Blue Sky”(during the second set) and, for someone known more for his musicianship than singing, did a more than credible job.

Starting with an extended “Mountain Jam,” the second set found the band in loose, jammier form, stretching out on “Blue Sky” and “In Memory of Elizabeth Reed.” Haynes and Derek Trucks walked the line between replicating the Duane-and-Dickey solo volleys of yore while adding their own signature high notes and solos; during the latter, the men egged each other on as the song transitioned from its warm-bath intro to its jazzier improv moments.

At other times, they were clearly, carefully, paying their respects to the repertoire and Gregg — especially apparent in faithful renditions of “Melissa” and “Ain’t Wastin’ Time No More” during the second set. (In the context of the current health crisis, the line “the week before it all seemed the same” in “Ain’t Wastin’ Time No More” was more chillingly relevant than ever.) And little in rock remains as ominous as the opening of “Whipping Post,” starting now with Burbridge’s bass rumble, and the song proved a fitting encore.

Whether it was intended or not, the night also proved what could be a template for the future of classic rock, which is now essentially the classical music of boomers. Dead & Co. have revived the sound and audience for the Grateful Dead’s music, with original members providing a link to the past. Yet happens when almost all the original members of an iconic lineup are gone? Who keeps the music going and how credible can it be without deteriorating into tribute-band cheesiness? At least for one night, the Brothers laid out that road map and provided hope that rock & roll may, possibly, never forget.