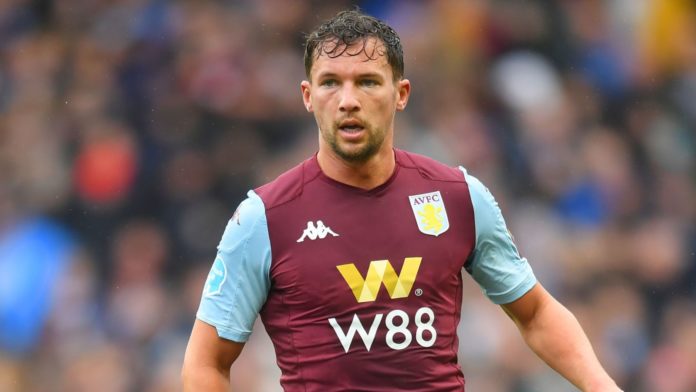 Midfielder’s loan from Chelsea expires at end of 2019-20 season; Villa poised to make an imminent decision on Drinkwater’s future

Danny Drinkwater’s future at Aston Villa is hanging in the balance after he was involved in an altercation with team-mate Jota at the club’s training ground on Tuesday, Sky Sports News has confirmed.

The midfielder was sent home following the incident that happened during a session which included players who were not involved in Dean Smith’s side’s 4-0 defeat away at Leicester on Monday.

A decision is set to be made over the coming days about Drinkwater’s future at Villa, his current loan deal from Chelsea is due to expire at the end of this season.

He was also involved in an attack outside a Manchester nightclub during his spell at Burnley last year, an incident which saw him out for a few weeks.

Drinkwater has made four appearances for Premier League strugglers Villa since arriving at the club on January 7.

The ex-Leicester player will not feature in Villa’s Premier League clash against his parent club Chelsea this Saturday.

Since moving to the Blues in 2017 for £35m from Leicester, he has been limited to just 23 appearances.

Smith’s Villa side are two points adrift in the top-flight relegation zone and as well as Chelsea, they are also due to face Liverpool, Manchester United and Arsenal between now and the end of the season.