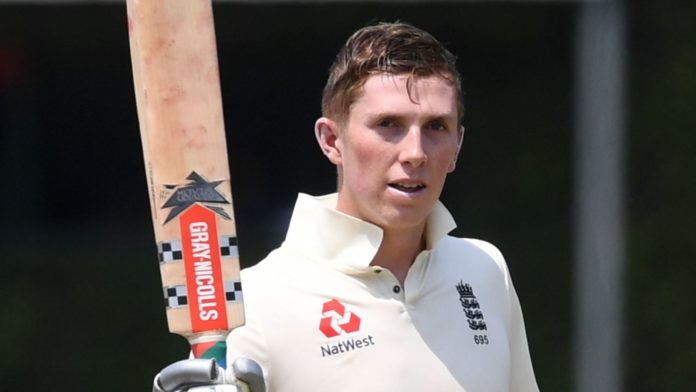 Zak Crawley continued his eye-catching form in Sri Lanka, posting England’s first century of the tour as they piled up 354-3 on day one of their Test warm-up against a President’s XI.

The 22-year-old opener kicked off the trip in confident fashion with scores of 43 and 91 against an SLC Board XI and stepped things up a notch with a composed innings of 105 at the P Sara Oval.

That was just the fourth first-class hundred of the Kent batsmen’s young career, but the rapid nature of his development over the winter suggests there could be plenty more to come in England whites.

At stumps Joe Root had 90 not out with Ollie Pope unbeaten on 84, working up an unbroken stand of 175, but the tourists will be wary about getting carried away.

The standard of opposition may be good for a practice outing – with eight full internationals among the home ranks – but a batsman-friendly track offering minimal turn is likely to be a red herring for what awaits in Galle next week.

Crawley, who raced to his half-century in just 47 balls, shared an opening stand of 103 with Dom Sibley but the latter was forced to work harder than his partner throughout. He fell just before lunch for 37, brilliantly caught at leg-slip.

No 3 Joe Denly, preferred here to Keaton Jennings, made 26 but was hit on the helmet before scoring and offered a couple of half-chances early in his stay.

Shortly after he was caught behind Crawley was on his way, bowled by Mohamed Shiraz after two and a half hours. Root and Pope then set about dominating the remainder of the day’s play, the latter having come in ahead of Ben Stokes, working the softening ball into the gaps with ease and sharing 15 boundaries.

Centuries await both early on day two, unless the second new ball can find a way through.