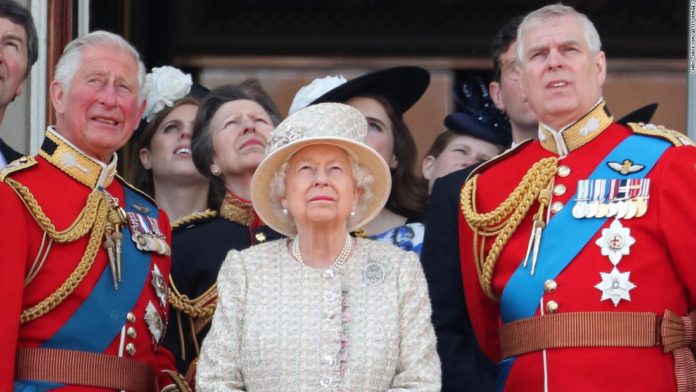 She is doing both now, however — not in her treatment of her grandson, Harry, and his wife Meghan, who made their last public appearance as senior royals this week, but, more insidiously, her handling of another problematic relative, her son Prince Andrew, the Duke of York.
Not for the first time, Andrew finds himself garnering lurid headlines stemming from the Jeffrey Epstein scandal.
On Monday Geoffrey Berman, the US Attorney for the Southern District of New York, called the prince out in stinging terms, accusing him of misleading the public by offering to assist authorities investigating Epstein’s alleged crimes while in fact failing to make himself available for interview.
Andrew has said in a public statement: “Of course, I am willing to help any appropriate law enforcement agency with their investigations, if required.” As Berman put it: “Contrary to Prince Andrew’s very public offer to cooperate with our investigation into Epstein’s co-conspirators … Prince Andrew has now completely shut the door on voluntary cooperation and our office is considering its options.”
But the Epstein scandal is not going away. More and more devastating details could seep out unless the boil is lanced by Andrew cooperating, in full, with the New York authorities.
Until he does, the Queen should display the sacrifice and sense of duty which have been the hallmarks of her reign by removing from the duke all remaining vestiges of the privilege of serving as a member of the royal family — yes, even if as an ordinary British citizen he is exposed to an extradition request by the US.
Otherwise, it won’t only be Harry and Meghan questioning why they are treated more harshly for the transgression of wishing to live in another country than the duke is for, at best, consorting with a convicted pedophile.
Buckingham Palace has not responded to Berman’s claims, but earlier this year the duke was described to journalists by an unnamed source as “angry and bewildered” at suggestions he was uncooperative in the inquiry.
It is unclear what Berman’s “options” might be; the prospect of extraditing a member of the British royal family seems diplomatically improbable. And yet the swirling scandal around Andrew seems unlikely to go away, with the drip-drip of allegations continuing to mount.
He continues to face questions about Virginia Giuffre, who told the BBC she was trafficked to the UK and Caribbean as a 17-year-old and presented as a plaything for the duke by Epstein and his alleged girlfriend-turned-procurer, Ghislaine Maxwell. Maxwell has denied all allegations levied against her. Her attorneys have previously denied she engaged in sexual abuse or sex trafficking.
Andrew has denied having any sexual contact with Giuffre, and Buckingham Palace has also denied her allegations.
Even before Berman’s comments and long before Epstein hanged himself in jail, Andrew’s friendship with him has posed an existential threat to the royal family.
The crisis has flared up repeatedly over the years: when Andrew was photographed with Epstein in Central Park after the latter was convicted of soliciting a minor; when he was accused by Giuffre; after Epstein’s suicide; when the prince gave a disastrous interview to the BBC in which he failed to express sympathy for the victims. Following that interview, Andrew stepped back from royal duties for the foreseeable future.
Through it all, the Queen and the palace have done their best to patch up the damage, scrambling to insert fingers into the leaking dam which threatens to engulf them.
It has always felt too little, too late, the statements lacking in empathy, the reduction in the duke’s status or exposure a step behind the public mood.
Until now, the greatest crisis for the modern monarchy was the Queen’s reserved, almost cold response to the death of Diana, Princess of Wales, an attitude which left many of her grieving subjects troubled by the sense that formality and process were more important to her than emotion and family.
How different from the indulgence shown the Duke of York, from permitting him to travel the world at British taxpayers’ expense under the guise of trade envoy to allowing the bells of Westminster Abbey to go ahead and peal for his 60th birthday despite his recent disgrace.
Worst of all was the error of judgement of the Queen allowing herself to be photographed beside a grinning duke while driving to church two days after legal documents naming him as Giuffre’s alleged abuser were published last August.
Whether or not she believed him guilty — and she’s his mother, naturally she doesn’t believe him guilty – what message did this send to Epstein’s alleged victims, indeed, to all victims of sexual abuse?
Prince Andrew caught a lucky break this week. The US Attorney’s condemnation would no doubt have had far more impact, particularly in the powerful British press, were the world not preoccupied by the coronavirus outbreak.
But while the current Covid-19 outbreak will not last forever, the unhealthy atmosphere currently infecting the royal family will not go away until Prince Andrew gives authorities his full account and cooperation.