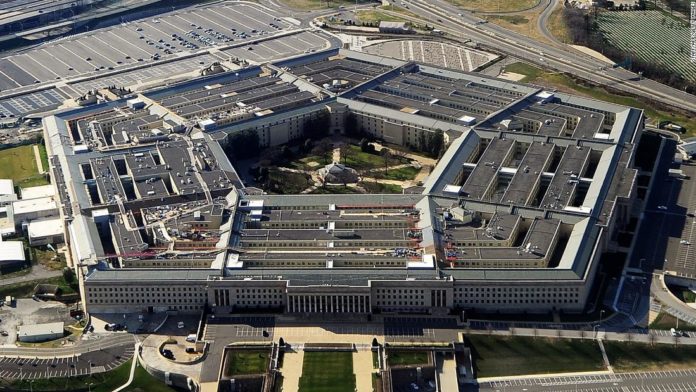 The strikes come one day after the US assessed an Iranian-backed group was responsible for a rocket attack on a base where coalition forces are located, killing two American service members and one British service member. Fox News was first to report on the strike.
A US defense official told CNN that the strikes were carried out by manned aircraft and targeted five weapons storage facilities.
In a written statement, the Defense Department stated the strike was aimed at harming the ability of Kata’ib Hezbollah, an Iranian-sponsored Shia militia group, to conduct future strikes against American troops. The weapons storage facilities included areas where weapons used to attack American and coalition troops were stored.
“These strikes were defensive, proportional, and in direct response to the threat posed by Iranian-backed Shia militia groups (SMG) who continue to attack bases hosting OIR coalition forces,” the department statement read. A briefing on the attack is scheduled for Friday morning at the Pentagon.
The statement added, “These terror groups must cease their attacks on U.S. and coalition forces or face consequences at a time and place of our choosing. The US and the coalition remain committed to the lasting defeat of ISIS, and the long-term security, stability, and sovereignty of Iraq.”
The strikes come months after the US and Iran were brought to the brink of war in early January. While the situation appeared to deescalate in the weeks following Iran’s retaliatory strike on a base housing US troops in Iraq, tensions have flared up once again between Tehran and Washington.
There have been multiple rocket attacks in Iraq in recent weeks, but Wednesday’s was the first to cause a US death since December, when a US contractor was killed. That death prompted retaliatory US airstrikes against Iranian-backed militia targets in Iraq and Syria. Trump administration officials pointed to the contractor’s death as their justification for air strikes that killed Iran’s second most powerful leader, Gen. Qassem Soleimani.
The US was reviewing options as to how to respond, the US Defense secretary and top US general said earlier on Thursday.
“Yesterday’s attack by Iranian backed Shia militia groups consisted of multiple indirect fires that originated from a stationary platform and was clearly targeting coalition and partner forces on Camp Taji,” Secretary of Defense Mark Esper told reporters at the Pentagon while pledging that the US would take action to hold the attackers accountable.
“We’re going to take this one step at a time. But we’ve got to hold the perpetrators accountable. You don’t get to shoot at our bases and kill and wound Americans and get away with it,” Esper said.
President Donald Trump told reporters Thursday that he had been working on what to do about the attack on Wednesday night.
“They’ve sent a lot of rockets now. It hasn’t been fully determined it was Iran,” Trump said.
He added, “It was a rebel group, but most likely it looks like it could be backed by Iran.”
Gen. Mark Milley, the chairman of the Joint Chiefs of Staff, said Thursday that the truck that fired the approximately 30 107mm rockets was captured by the Iraqi Security Forces and that forensics from that vehicle helped identify the attackers.
“We have pretty good confidence who did this. We were able to capture the truck, it was a modified truck with tubes, rocket tubes on the back, the Iraqi security forces did a good job in helping secure that truck. We have good indications based on forensics where it was fired from, who did the firing and so on and so forth,” Milley said.
Milley said that 14 coalition personnel were also wounded in the attack, including five injuries that were considered “urgent.” Those wounded included US, British, Polish and contractor personnel.
“The groups responsible will be held accountable appropriately,” Milley said, adding, “it was a significant attack and it resulted in the death and wounding of American (service members). So where we go from here as you would expect options are on the table and we are looking at everything and we will await final options and decisions from the President.”
The series of strikes come as both Iran and the US struggle to deal with the coronavirus outbreak.
The top American military commander overseeing troops in the Middle East, Gen. Kenneth McKenzie, said he thinks the coronavirus outbreak in Iran “is having an effect on how they make decisions,” and that “their inability to effectively respond to the coronavirus is I think inducing pressure on and inside the leadership.”
“I think it probably makes them, in terms of decision making, more dangerous rather than less dangerous. But that’s just my assessment,” said McKenzie, adding that he believes “the numbers are probably significantly underreported in terms of coronavirus victims in Iran.”
Asked why the Iranian groups chose to attack now, Milley said, “There could be a lot of reasons, it could be coronavirus, it could be rogue Shia militia groups, it could be Soleimani’s birthday, it could be a lot of things.”
McKenzie said the outbreak was also “going to have some effect on the military instrument” when asked about the Iranian regular military and IRGC at a Senate Armed Services hearing.
The coalition strikes come one day after the House of Representatives approved a War Powers resolution aiming to rein in presidential authority to use military action against Iran without congressional approval.
The resolution — introduced by Sen. Tim Kaine, a Virginia Democrat — passed the Senate last month with bipartisan support despite Trump’s vocal opposition.
It will now be sent to the White House, where Trump is expected to veto it. Congress is not expected to have enough votes to override a presidential veto. Although it is unlikely to become law, passage of the resolution by both chambers represents a significant rebuke to the President and highlights congressional support for efforts to check the executive branch’s war-making powers.
This story has been updated with additional developments.

In the quest to create more content, Hollywood streamers are hitting...