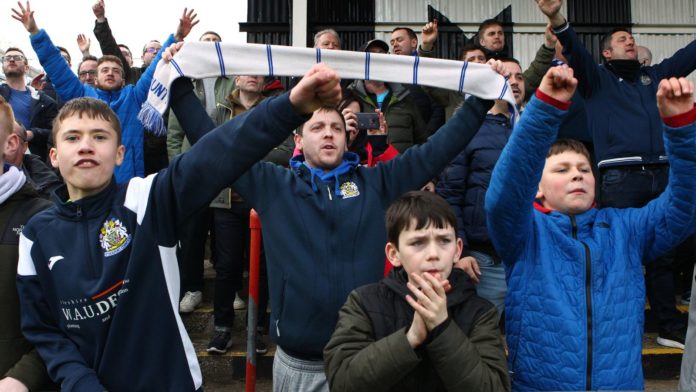 Strevens: “Whoever sits on the board of the National League cared about money, simple as that”

Eastleigh manager Ben Strevens accused the National League of greed and said there was “no way whatsoever” matches should have gone ahead this weekend given the coronavirus pandemic.

The National League’s decision came after the EFL and Premier League both suspended games until at least April 3 and 4 respectively, with six of the 12 scheduled fixtures taking place over Friday and Saturday.

There were 4,942 in attendance on Saturday as Notts County beat Eastleigh 4-0 in a match that Eastleigh boss Strevens believes should never have been played.

“For the well-being of the spectators and it’s not only players because they’re young, fit athletes. It’s nothing to do with that.

“I looked around today and there’s stewards that are older. They’re the ones that are most at risk from this virus.

“There’s no way whatsoever these games should have been played.

Chesterfield manager John Pemberton, whose side drew 1-1 with Dover Athletic, described the decision as “stupid” and lacking common sense.

A massive thank you to the 1️⃣6️⃣1️⃣ supporters who made the long trip down today.

Safe journey home and take care of each other ?#spireites pic.twitter.com/VWCrsPfztb

“We’ve all got families. I’ve got an 81-year-old father who lives on his own and I can’t go to see him now because we don’t know where we are,” Pemberton said.

“We have players who have young families, young children, parents and grandparents.

“There’s no common sense in playing this game today.”

Maidenhead United manager Alan Devonshire says he does not understand the National League’s decision not to follow the lead of the EFL and Premier League.

“It’s about people’s lives. How we’re playing today, I do not know,” he said after his side’s 2-1 defeat to Stockport.

“The EFL and the Premier League have made a decision, near enough every other league has followed them, and how the National League hasn’t you’ll have to ask them. It’s wrong.”