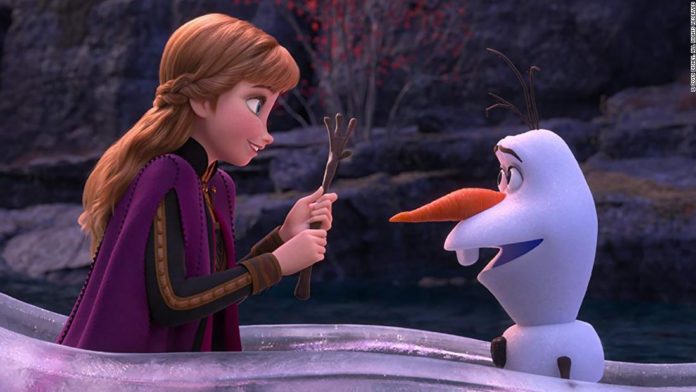 Referencing the ongoing coronavirus pandemic as a “challenging period,” Disney announced on Friday that “Frozen 2” will be made available on its streaming service three months ahead of schedule.
The move comes as an increasing number of family attractions — including Disney’s own parks — are being shut down out of concerns over the spread of Covid-19. At the same time, thousands of schools have closed, leaving millions of children at home.
The film will stream in the US starting March 15 on Disney+. Canada, the Netherlands, Australia and New Zealand will be able to do so on Tuesday, March 17.
Bob Chapek, the recently appointed chief executive officer of The Walt Disney Company, said in a statement the film’s “powerful themes of perseverance and the importance of family” is “incredibly relevant during this time.”
On Thursday, Disney announced it was closing both Walt Disney World, its flagship theme park resort in Orlando, Florida, and Disneyland in Anaheim, California, and suspending all departures on the Disney Cruise Line.
Many of Disney’s international properties shut down late last month in response to the coronavirus.