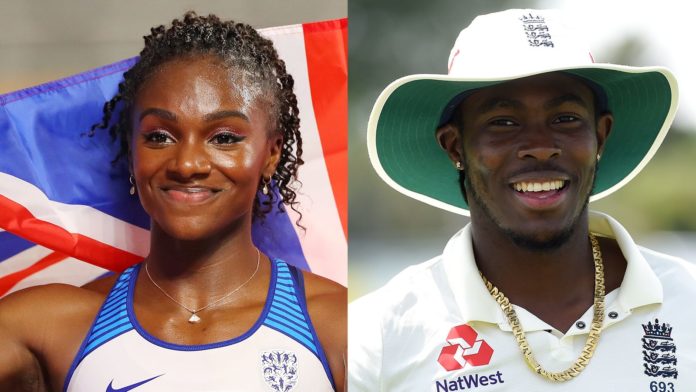 Jofra Archer and Dina Asher-Smith have been recognised for their achievements at the British Ethnic Diversity Sports Awards (BEDSA).

The BEDSAs is a celebration of excellence within the black, Asian and minority ethnic community in sport

Archer was named the Sporting Equals Sportsman of the Year 2020 after being pivotal to England’s 2019 Cricket World Cup victory; having overcome many obstacles to enter into the elite level of the game.

On his award Jofra said: “I’m so honoured to have been awarded Sporting Equals Sportsman of the Year, with the World Cup victory in cricket I feel equality and diversity in sport is the only way forward.

“The work Sporting Equals has done and continues to do for diversity and equality is truly amazing, a great organisation and I’m really grateful to be part of that legacy.”

Chief Executive of Sporting Equals, Arun Kang, said: “Being of Barbadian descent Jofra is one of a few elite African Caribbean British cricketers and as such he acts as a role model and source of inspiration for many BAME individuals who have aspirations to become key active members of our sporting community.”

Asher-Smith picked up the award for the British Army Sportswoman of the Year 2020, after collecting a historic hat-trick at the World Athletics Championships in October, winning gold in the 100m and 200m, and silver in the 4x100m relay along with Asha Philip, Ashleigh Nelson and Daryll Neita.

She also became the first British athlete to win three medals at the same World Championships.

The UK Sport Inspirational Performance of the Year
Sannah Ahmed