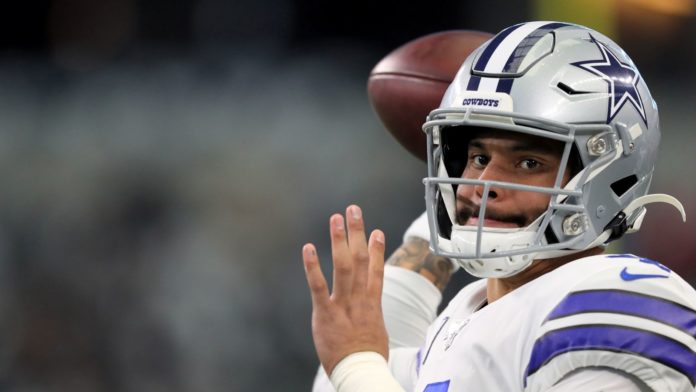 The Dallas Cowboys have placed an exclusive franchise tag on quarterback Dak Prescott, preventing him from entering free agency.

The tag buys the Cowboys time to negotiate a new long-term deal with Prescott, with his previous contract running down after the 2019 season.

Prescott could become one of the top-five paid quarterbacks in the NFL and the highest-paid player in franchise history at Dallas, with the tag reportedly meaning he would earn $33m next year.

Cowboys executive vice president Stephen Jones has been trying to tie Prescott down to a new deal since the start of the 2019 season, revealing in an interview in October “we need him to do is work with us a little bit”.

Prescott posted the second best passer rating of his career last year, completing 388 of 596 attempts for a career-high 30 touchdowns.

The 26-year-old was picked by the Cowboys in the fourth round of the 2016 NFL draft (135th overall) and was named rookie of the year in his season.