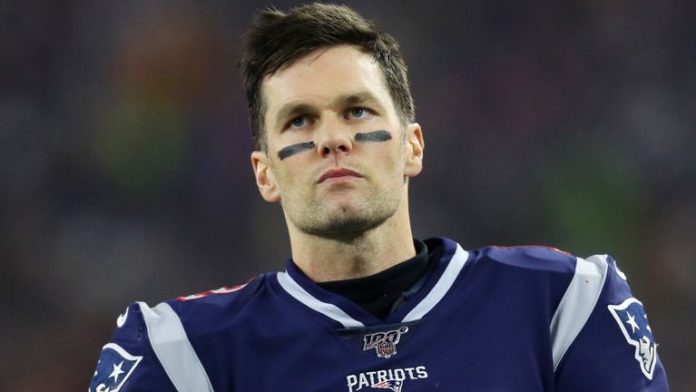 “This is a guy who is supremely talented. The arm talent is there but he just loses his head sometimes.”

Jameis Winston and Phillip Rivers are two of the big-name quarterbacks still on the market as NFL Free Agency begins – Neil Reynolds assesses their future.

I know from speaking to Bruce Arians, people around that organisation, they’re frustrated by the turnovers. This is a guy who is supremely talented. The arm talent is there but he just loses his head sometimes.

He threw for 5,000 plus yards last year, had 30 plus touchdowns but 30 plus interceptions. His last throw of the season was an interception return for a touchdown by the other team which led to a loss for the Buccaneers.

His head goes. When he gets under pressure, he tries to do too much. There’s a lot of talent there but I think the Bucs are tired of it. I do think they’re going to move on from him and I think that Jameis, ridiculous considering the yardage and the touchdowns, might have to take a back-up job for 2020 and re-invent himself.

But, you are what you are after so many years in the league. He’s made mistake after mistake, ever since he came into the NFL in 2015. Is he ever going to grow out of it? We don’t know. I think Bruce Arians has run out of patience.

The Dallas Cowboys have placed an exclusive franchise tag on quarterback Dak Prescott, preventing him from entering free agency.

Will a major contending franchise take a gamble on him?

It would be a gamble. Maybe he sits behind another veteran? I think that the perfect spot of Jameis Winston would be the Pittsburgh Steelers. I think they have got a very, very good team. They can be a contender again as soon as next year or maybe the year after?

He gets to learn a little bit behind Ben Roethlisberger, who in his younger days, was a Bruce Arians quarterback and a guy who relied on his athletic ability. He didn’t think too much about the game but learnt to mature into a quarterback who became one of the best in the league. So, I think Jameis sitting behind ‘Big Ben’ for a year would be good for him.

What next for Philip Rivers?

He’s moved on from the Chargers, they’ve moved on from him probably more importantly. He’s got some TV job offers out there but I don’t think that he’s done playing.

I think the best spot for Philip Rivers would be the Indianapolis Colts. I think that the Colts are a team on the right track – they’re building, and they are not far away from being a contender.

What next for Tom Brady?

What next for New England Patriots quarterback Tom Brady as free agency edges ever closer?

Last year they were reeling with the late retirement of Andrew Luck. They’ve got importantly, arguably the best offensive line in the NFL. A really strong offensive line so that they can protect Rivers who’s immobile now really at this stage of his career, he was never a very mobile athletic quarterback anyway.

For Rivers it’s all about the intelligence and about picking apart a defence, he can do that still but he’s got to be protected. So, I’d like to see Rivers go to the Colts.

It’s going to be hard for some of these older quarterbacks because this has become a young, athletic quarterback league. You think about Patrick Mahomes, Deshaun Watson, Lamar Jackson, they’re all a world away from Tom Brady, Rivers and Drew Brees.