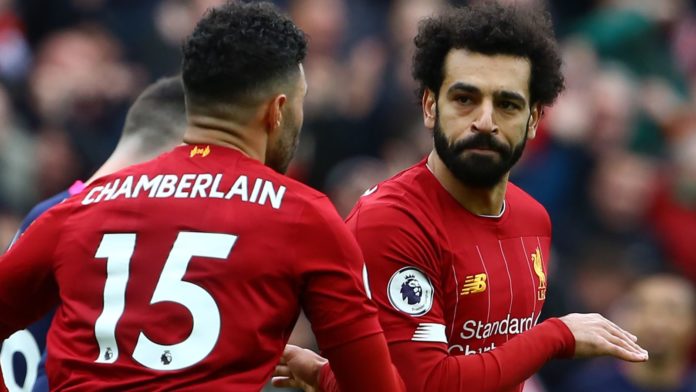 Jurgen Klopp’s squad is the most valuable in Europe in the transfer market while Manchester City, Chelsea, Manchester United and Tottenham also rank in the top 10

Liverpool have the most valuable squad in Europe’s major leagues, according to a study by research group CIES Football Observatory.

Jurgen Klopp’s squad is deemed to be worth 1.405bn euros (£1.28bn) in the transfer market, putting the Premier League leaders top of the list ahead of rivals Manchester City, whose squad has a value of 1.361bn euros (£1.24bn).

Spanish giants Barcelona (£1.07bn) and Real Madrid (£1bn) are third and fourth respectively, with Chelsea (£917m) fifth despite having been banned from signing players in last summer’s transfer window.

According to CIES, the value of Chelsea’s squad has “strongly increased” due to the emergence of so many young players since the ban was imposed on them by FIFA.

Manchester United’s squad is the sixth most valuable (£916m), while Tottenham’s is ninth (£716m), despite their recent struggles and despite Jose Mourinho’s insistence that he does not have a strong enough squad to work with.

Arsenal are the next-highest English club in the rankings at 15th (£568m), while the Premier League’s third-placed side Leicester are 16th (£562m).

Bundesliga outfit SC Paderborn are bottom of the table, their squad valued at just £34m, while the lowest-ranked English club is Crystal Palace (£173m), just behind Sheffield United, who are flying high in the Premier League table despite having a squad valued at only £174m.

The rankings are based on the value of players and use a number of variables including age, performances, career progression and contract duration.

The most valuable player in Europe’s major leagues is Paris Saint-Germain forward Kylian Mbappe, who has a transfer value of more than £227m.