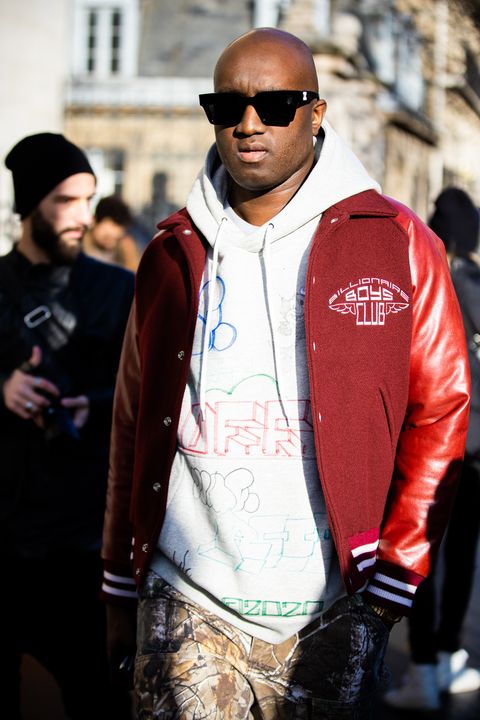 If you ask Virgil Abloh, 2020 is the year streetwear officially dies. Given that Abloh is currently at the top of streetwear’s Mount Olympus, echoes of his prediction reverberated throughout the internet, raising some degree of alarm amongst streetwear’s disciples.

Is he just being an alarmist or does he see something we don’t? He clarified exactly what he meant by his comment this past December, which he still stands by.

“It’s fifty-fifty,” Abloh says of streetwear’s prognosis. “I said it as a means to provoke this industry that we all love.”

Virgil Abloh walks the runway during the Off-White show at Paris Fashion Week on February 27, 2020.

The Ablohnian way of looking at the shirts, sneakers, and apparel that he and other designers like him make is to treat them like an art movement. Except instead of the Baroque period of the 1600s, streetwear’s renaissance can be traced back to New York’s Lower East Side in the early aughts, when shops like Nom De Guerre, A-Life, and Prohibit were at the height of their influence. Now, they’re defunct or a shell of their former selves.

“It just reminds me that most people skipped over the history lessons that got us here today,” he explains. “If we want the future of streetwear to not just become this mainstream thing that can be easily replicated, then us that care about streetwear or are of streetwear need to make it as great as possible, not formulaic.”

Some may find a foreboding proclamation like this coming from him confusing, polarizing, or maybe even offensive. But, Abloh isn’t completely wrong. Everything, from a fad to the human condition, comes to an end eventually. 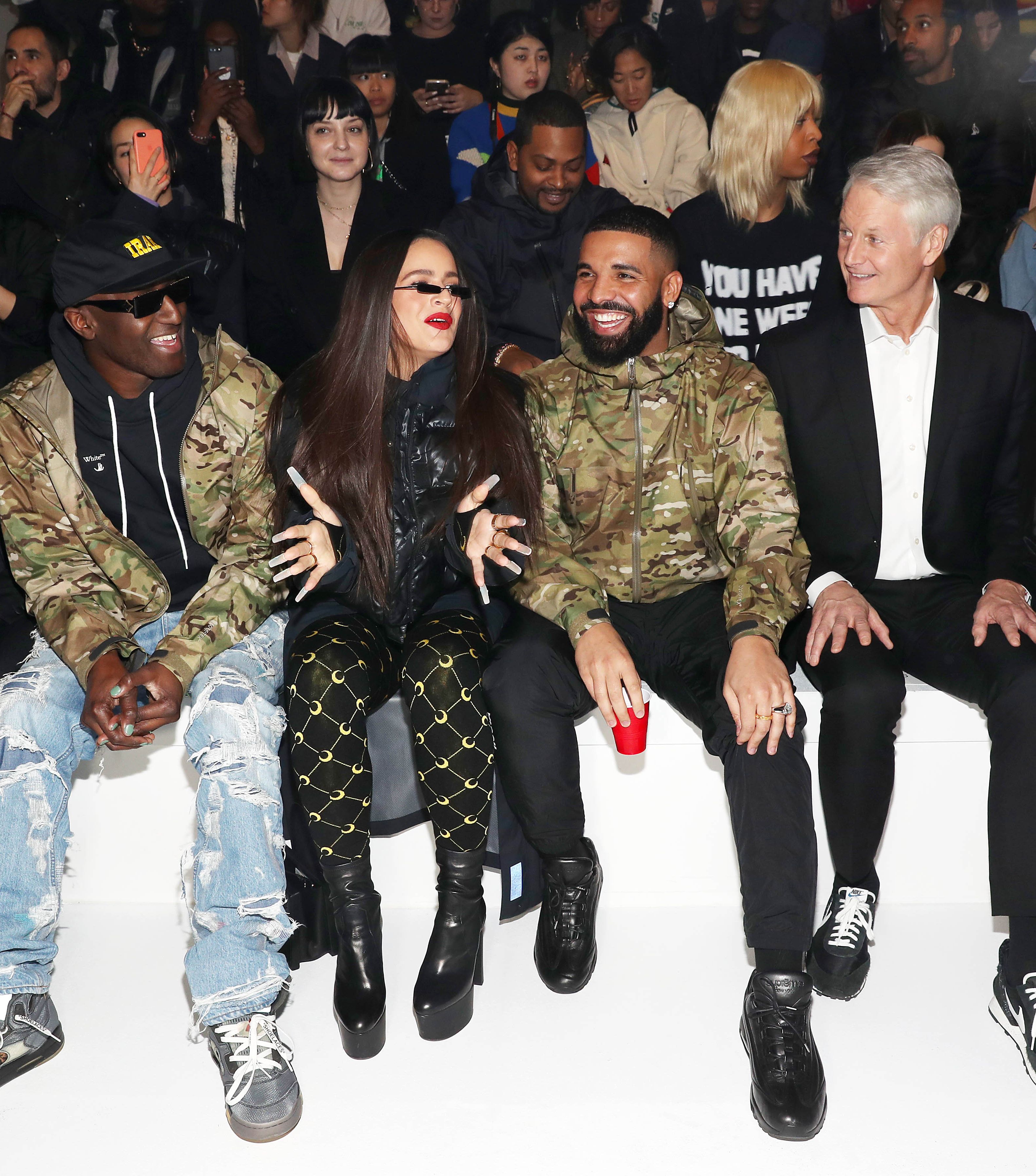 “What trend on earth exists that doesn’t die? It’s a real intellectual question,” Abloh says. “If we love this culture of ours, you need to think about it. It’s like disco: People thought that was going to last forever. Do you see disco around today? No.”

One of his biggest grievances with the state of the culture is the tornado spin-cycle of releases that’s meant to entice hypebeasts to lust after shoes on a weekly basis, even though he’s been behind some of the most lust-worthy sneakers of the past few years. Abloh also points out another carcinogen to streetwear can be found in the comments section.

When first looks of his Air Jordan V collab hit the Internet, it was lambasted by trolls with itchy Twitter fingers. Abloh saw every negative comment about his shoes and made a point to remind his detractors on release day. 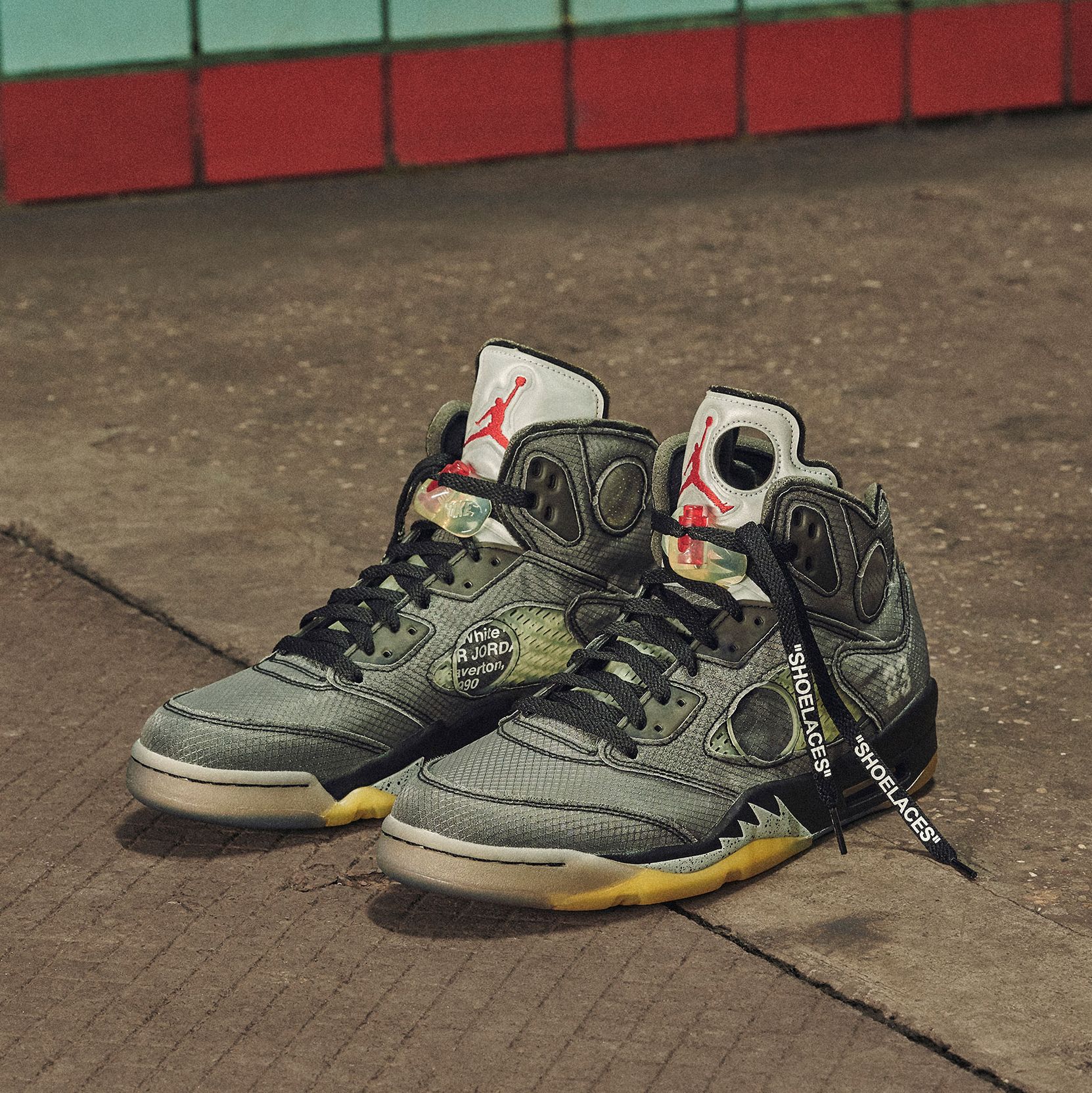 Abloh’s take on the Air Jordan 5.

“There was a presiding opinion that they were whack,” he said. “Now, everyone’s mad that they can’t get them. I obviously don’t care [what people think].”

In Abloh’s estimation, sneakers are more like sculptures that you’d find in a museum and less trademarks of hype. Sneakers were actually part of his first solo museum exhibition, “Figures of Speech,” at Chicago’s MCA, and he likens himself to Mies Van Der Rohe, a modern architecture pioneer who Abloh studied while he attended the Illinois Institute of Technology.

“This is for me and my own narrative in design, the same way Mies Van Der Rohe was making his own catalog of ideas for his own investigation. For me it’s much the same,” Abloh said. “Obviously I think from the perspective of the kids from the comments too, because I’m that kid that wasn’t given an opportunity to design. Now that I have it, I express it by putting an idea on the table, not by commenting on other ideas that exist.” 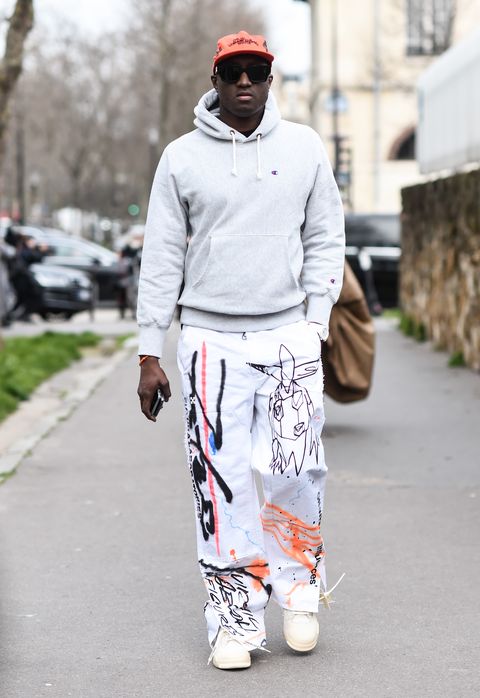 Virgil Abloh is seen outside the Loewe show during Paris Fashion Week on February 28, 2020.

Ultimately, Abloh is looking beyond creating the next big ticket item on the resale market and looking out for the next generation of designers who’ll ultimately be responsible for the life or death of streetwear.

The Apple Car is already as legendary as the iPhone, iPad, and Apple TV

How to block tracking pixels in Apple Mail

Buyer beware: ‘MagSafe compatible’ is not the same as ‘Made for MagSafe’