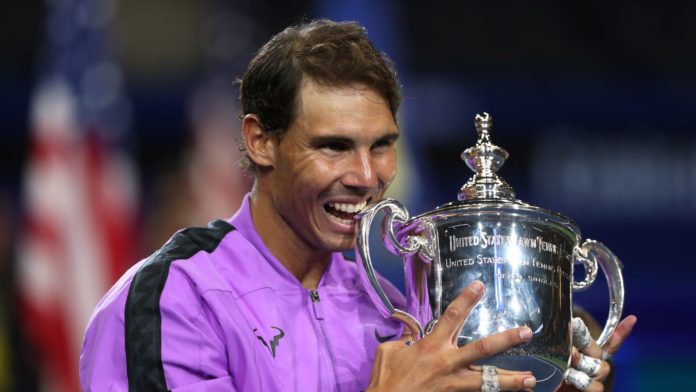 US Open organisers are assessing the “possibility” of moving the tournament to a later date and insist any decision “will not be made unilaterally” in an indirect criticism of the re-scheduling by their French Open counterparts.

The French Open, scheduled to begin in May, was postponed until September 20 on Tuesday because of the coronavirus pandemic, which has virtually caused a worldwide shutdown of sport.

It means the clay-court Grand Slam is set to begin just under a week after the US Open ends with the men’s final on September 13.

A statement from US Open organisers read: “The USTA is continuing to plan for the 2020 US Open and is not at this time implementing any changes to the schedule.

“These are unprecedented times, though, and we are assessing all of our options, including the possibility of moving the tournament to a later date.

An update on the 2020 US Open. pic.twitter.com/YfhnsKdvBD

“At a time when the world is coming together, we recognise that such a decision should not be made unilaterally, and therefore the USTA would only do so in full consultation with the other grand slam tournaments, the WTA and ATP, the ITF and our partners, including the Laver Cup.”

The new date of the French Open also sees the tournament clash with ATP tournaments in Metz, St Petersburg, Chengdu, Sofia and Zhuhai as well as WTA events in Guangzhou, Seoul, Tokyo and Wuhan.

Rafael Nadal is the reigning champion of both the French Open and US Open.

The proposed new scheduling also directly clashes with the Laver Cup, an annual men’s exhibition event, which Roger Federer was heavily involved in the creation of, that sees players from Europe take on a world team.

Laver Cup organisers said they were surprised by the move but that their event would go ahead as planned from the September 25-27 in Boston.

“This announcement came as a surprise to us and our partners – Tennis Australia, the USTA and the ATP. It raises many questions and we are assessing the situation,” they said in a statement.

“At this time, we want our fans, sponsors, broadcasters, staff, volunteers, players and the great city of Boston to know that we intend to hold Laver Cup 2020 as currently scheduled.”

The men’s ATP Tour, women’s WTA Tour and International Tennis Federation have yet to respond publicly to the move by the French Open but some players have taken to social media to criticise the lack of consultation.

Canadian Vasek Pospisil, a member of the ATP’s Players Council, described the decision by the French Tennis Federation as “selfish” and “arrogant”.

This is such a difficult time. Everyone is being impacted by this catastrophe. Enhancing communication & working together to find solutions should be the priority. Not going Rogue & making selfish/arrogant decisions to further impact the tour in a negative way. #RolandGarros

The ATP Tour announced an initial six-week suspension last week and the WTA tour cancelled all events until May 2 on Monday.

The ITF has also suspended all its events, including next month’s new-look Fed Cup finals in Budapest.