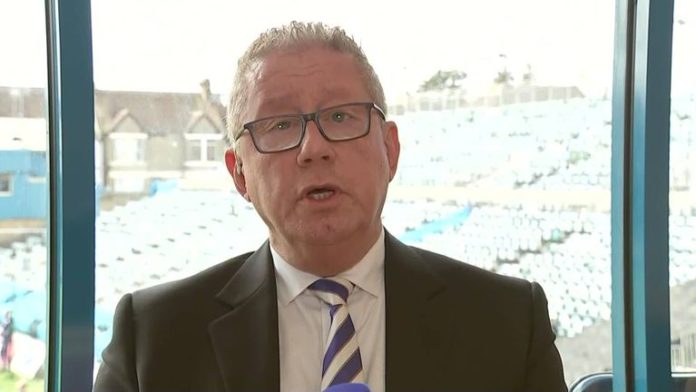 Gillingham chairman Paul Scally says the League One club risk running out of money in the next three months amid the financial implications of the coronavirus outbreak.

The shutdown of football across the UK has led to growing concerns over the impact on lower-league clubs.

The British government has pledged £330billion to help small British businesses deal with the crisis, support clubs in the lower divisions of English football are eligible for.

But Scally, speaking exclusively to Sky Sports News on Wednesday, underlined just how much financial strain the unprecedented pandemic is having on his club and its staff.

“Assuming we can come to an arrangement with HMRC, not so much defer payments but have a holiday of not paying any HMRC payments for the next three months we can then use that money to keep the staff going,” he said.

“Obviously staff will have to come to arrangements with their own mortgage companies, banks or car loan companies to maybe have a holiday of three months of not paying payments there.

“So, if we can give enough money that staff can buy essentials like food, put petrol in their cars so that they can get around [and] look after their families then I think we can probably last two or three months.

“After that the cash we do have will run out and I don’t have any solution past two or three months.”

Gillingham sit 11th in the League One table, eight points off the play-off spots, prior to the suspension in the season.